Already, it’s been a while since this year’s Build conference has closed its gates. Everybody who missed this great conference, didn’t make it into some of the sessions or (like me) whished he could have attended multiple sessions at the same time, can now watch the session recordings on Channel 9. However, the selection of available sessions recordings, live interviews and panel discussions is huge and can be overwhelming.

So I figured, I will give a couple of recommendations on the sessions I watched and enjoyed both live at the conference and back home on Channel 9. 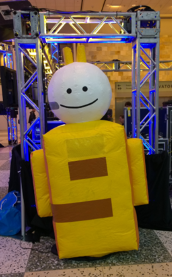 What's New for ASP.NET and Web in Visual Studio 2013 Update 2 and Beyond

How can you tell you are about to attend a Scott Hanselman session? Right, a full auditorium 45 minutes prior to the session’s beginning is a good hint. Luckily, Scott Hanselman pulled off his unique pre-session-entertainment-show, which made it well worth the wait. Here’s a random selection of internet stuff, he threw at us to shorten our wait time. Check it out:

Apart from that, the session was really interesting content-wise and the two Scotts (Hunter and Hanselman) demoed a couple of the great improvements for web developers that have been added to Visual Studio lately.

A session by Microsoft's languages genius Anders Hejlsberg himself, in which he presents his latest creation TypeScript. If you are a JavaScript developer and have not heard about TypeScript yet, go and read up about it immediately! Then try it out at this playground site or check out the source code, which, as it happens, is also written in TypeScript.
Everyone else, who already knows about TypeScript or has worked with it, will probably be delighted to hear that it is now a first-class-citizen language in Visual Studio and will be shipped in the box from now on.
Another great repository for TypeScript developers is the site Definitely Typed, where type definitions for nearly all of the existing JavaScript frameworks (e.g. jQuery, node, …) can be downloaded.

This is another session targeting the TypeScript programming language. But instead of addressing the fundamentals and core language features of TypeScript, Erich Gamma talks about real-world scenarios and challenges when working with large scale JavaScript applications and why TypeScript is the far better option in such cases. More specifically, he shares a lot of insights on how TypeScript was used in his team when developing Visual Studio Online and the web-based source code editor, code-named “Monaco”.

Respecting Your Investments: How to Leverage Your Existing Code In a New Windows Runtime LOB App

Modern C++: What You Need to Know

What allegedly starts outs as a beginners session on modern C++ development, soon turns into a deep dive into performance considerations on native versus managed code on modern hardware. That and more, served by C++ master mind Herb Sutter – a pleasure to watch. 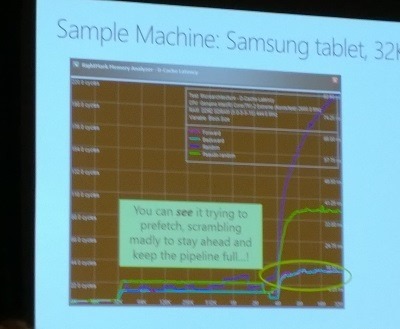 Avoiding Cloud Fail: Learning from the Mistakes of Azure with Mark Russinovich

In this session Mark Russinovich talks in an open and honest way about major and minor issues that have been encountered by the Microsoft Azure team throughout the last couple of years. Paired with tips and tricks for mitigating such fails in the future, this talk is highly interesting and relevant for everyone working with software in a cloud-scale environment.

The Next Generation of .NET for Building Applications

A lot is happening in the .NET core team regarding application performance and optimization at the moment. The main lines of research in this area are:

The Future of C#

After announcing the public preview of the new .NET compiler platform ”Roslyn” and its open-sourcing in the keynote, many were expecting this session to get more insights into this topic. In a very interesting session, the usage of the Roslyn SDK for writing Visual Studio extensions (Diagnostics and Code Fixes) were demoed. Additionally, the upcoming language enhancement for C# got highlighted.

This session made for a very nice change in comparison to the rest of the conference tracks, for it covered a topic totally independent of Microsoft's current roadmap. Suitable for for both beginners and slightly experienced audiences, James McCaffrey from Microsoft Research made sure that this was a down-to-earth “show me some code” session. 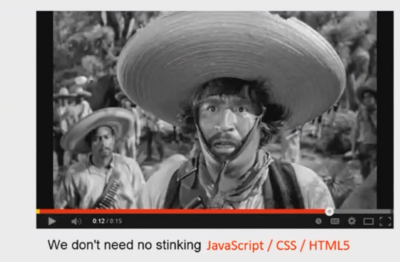 Everyone who is serious about web development in Visual Studio will know Mads Kristensen and his awesome Visual Studio extension Web Essentials. This session is nothing but demos highlighting new and existing features in Web Essentials and how to use them. The demo on image sprites alone would be worth watching this session already, but the rest is just as good. Make sure you don’t miss it.

If you are interesting in project “Monaco” and the new Visual Studio Online IDE, this session is for you. In one demo-heavy hour, Chris Dias presented how to create a full-blown web application using tools and frameworks like nuget, nmp, less, grunt, tsd and many more. Everything from within your browser. Very impressive!

Go Mobile with C# and Xamarin

This is a good introduction level session for anyone interested in cross platform development with Xamarin. If you already know what Xamarin is about or have even worked with their tools yet, you will probably find this session a bit too basic. Nonetheless, it’s good session by Miguel de Icaza worth watching.