Today I had the honour and pleasure to get invited by my son's kindergarten class to talk about 3D printing. Unsurprisingly, 3D printing is still a novelty to most people and so not only the kids were curious what this geeky hobby of mine was all about.

Spoiler alert: It was a great success and I was blown away by these kids' interest, enthusiasm and excitement.

My son and I developed a rough outline for the presentation and this is what we came up with:

I planned for 30 to 45 minutes to not demand too much of the kids' attention, but it turned out that even 90 minutes almost weren't enough time given the kid's enthusiasm and excitement.

So here's a basic recap how this went down.

Of course I kept this (theoretical) part very short because I didn't want to bore them. But I like to introduce people to 3D printing with the glue gun analogy, since this explanation has worked really well for me in the past (both with adults and kids). Kids at that age have a comprehension of how glue guns work and by comparing the glue stick to the filament and the extruder to the glue gun they immediately get a very good idea how 3D printing works. Picturing line after line, layer after layer of hot glue, is a very good mental model of a 3D printed model I literally saw the penny drop with the kids.

Then we went hands on. I brought my laptop with me and showed them how the basic process of 3D printing works.

I showed them how to design your own stuff in Tinkercad. 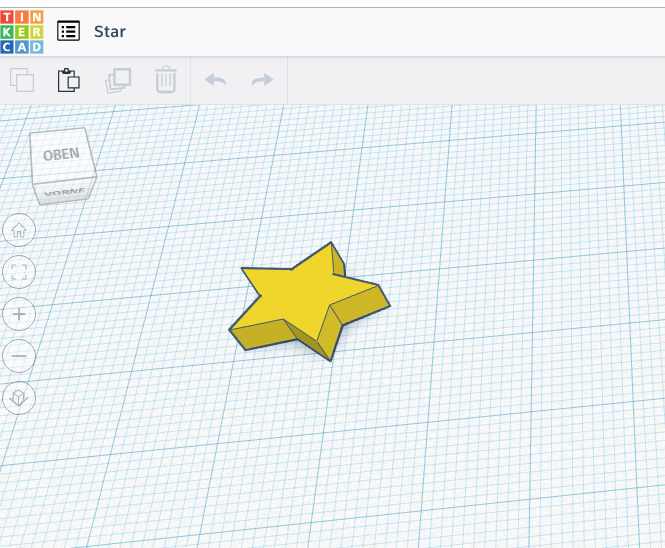 Or find something cool among the infinite treasures that Thingiverse has to offer. 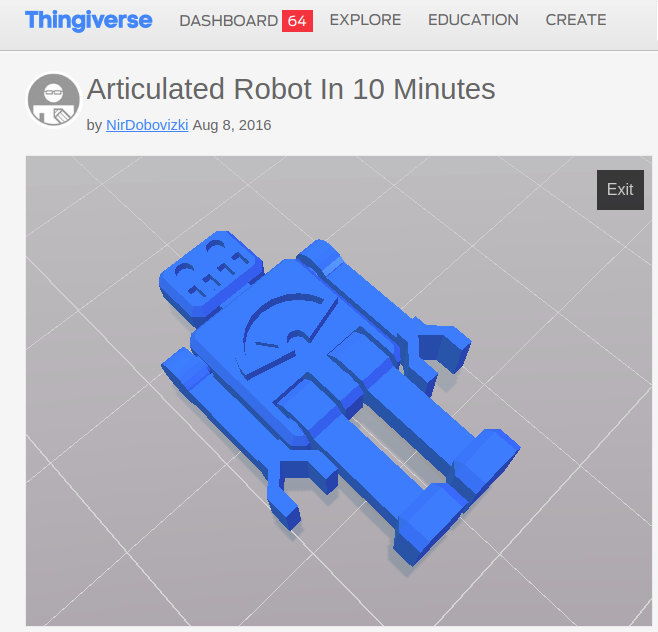 Then of course we printed those things. 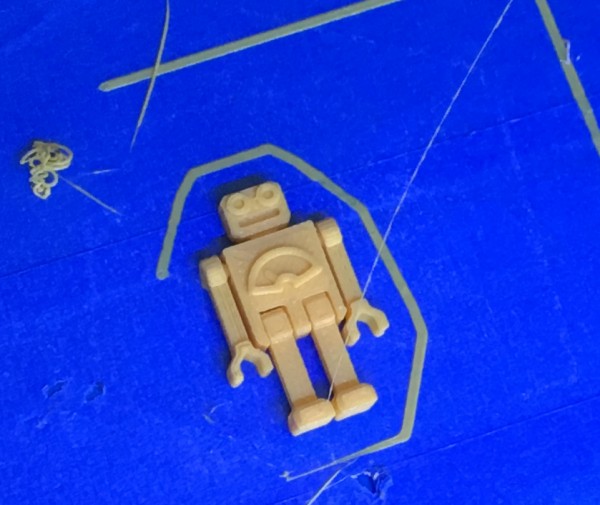 I also kept this part as interactive as possible and let the kids plug the printer in, turn it on, put the SD card in and out, start the print ...

Since even simple things like the star above takes at least 10 minutes to print, we of course moved on to the next topic and let the printer do its thing. It was however a delight for me to notice the kids checking back regularly on the printer to monitor its progress and to see their fascination when they realized that this was actually happening.

A couple of those things can be found in my first blog post about 3D printing and it was a fun mixture of LEGOs, Duplos, dinosaurs and other figurines. 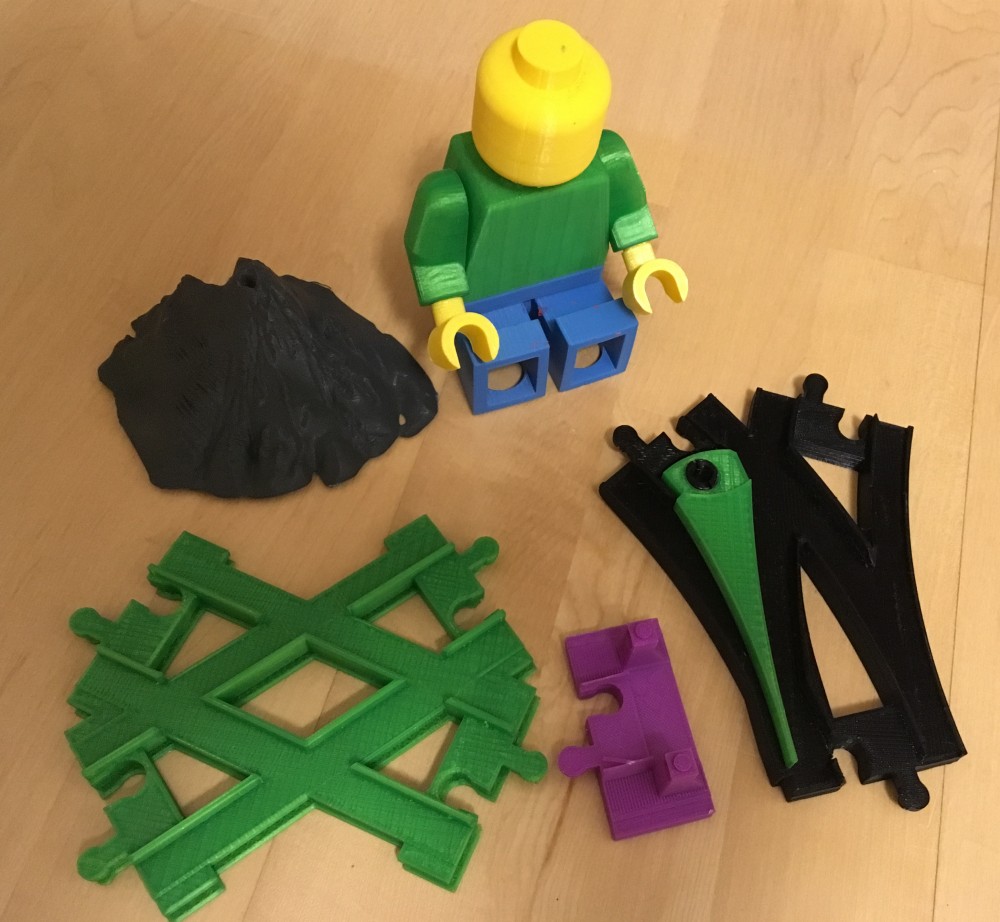 What really cracked them up, was when I played them a couple of tunes on my 3D printed nose flute :-)

Of course we had prepared for weeks and printed all kinds of figurines that we would then hand out to the kids. 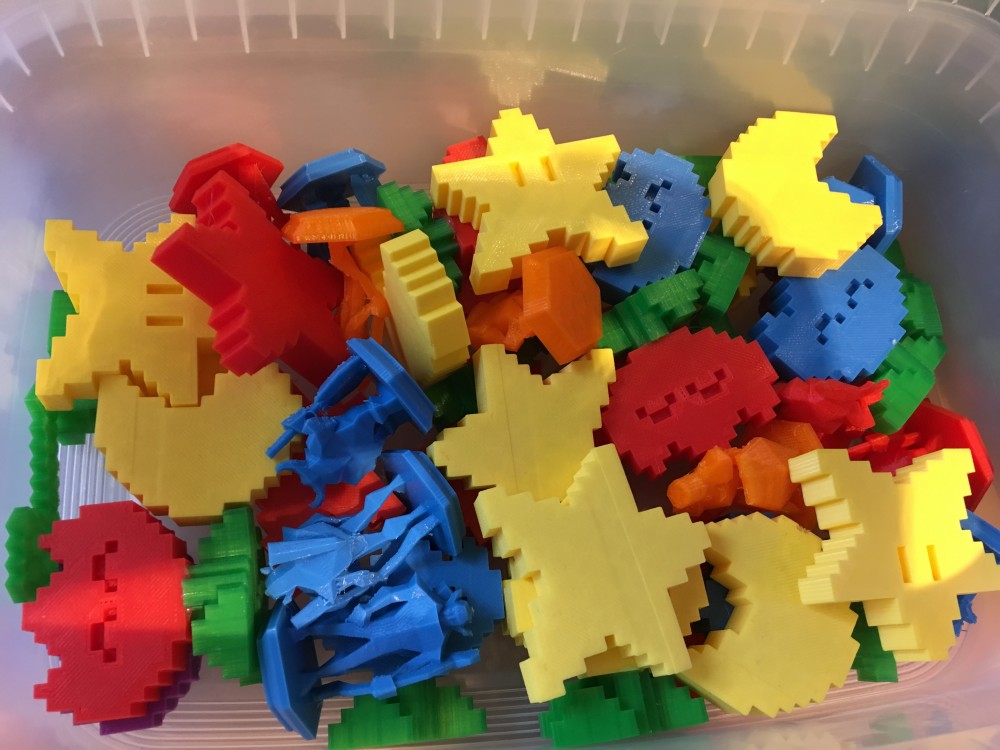 Kids immediately get the idea of 3D printing and the empowerment that comes with this technology. No matter if boys or girls, they all immediately reached the same conclusion: "this technology allows me to create my own toys!".

"So, this means I can print my own toys?!" - a kid seeing a 3D printer for the first time.

The obvious consequence was that quite a few kids decided that they needed a 3D printer of their own now. We just received this instant message of another parent asking "... what kind of 3D printer we own" :-)

My wife often jokes that "a 3D printer is a toy that makes yet more toys" and even though I surprise her by printing useful stuff now and then, she is basically right. But that's perfectly OK, I guess. Toys are supposed to make us happy and that combined with the sense of empowerment by creating things by yourself - that's priceless, I'd say!

In retrospect, this was one of the most rewarding tech-related experiences I have had so far and I'd love to do this again any time soon!