Both my kids are very excited about tiptoi, which is an interactive, educational toy that consists of a pen and books (also puzzles, board games, toy figures, ...). The surface of the books is printed using a high-resolution dot-grid which encodes information. A small camera in the tip of the pen interprets these dots and the pen then plays audio samples that match the locations in the book. Great idea! Great toy!

Unfortunately, my then 1 year old (and not quite old enough for that toy, I know) got so excited about it, that he nearly chewed that pen's tip off. This rendered the pen basically broken and useless, since the tip's bent plastic was blocking the camera. All that was left to do for me now was to cut that tip off. 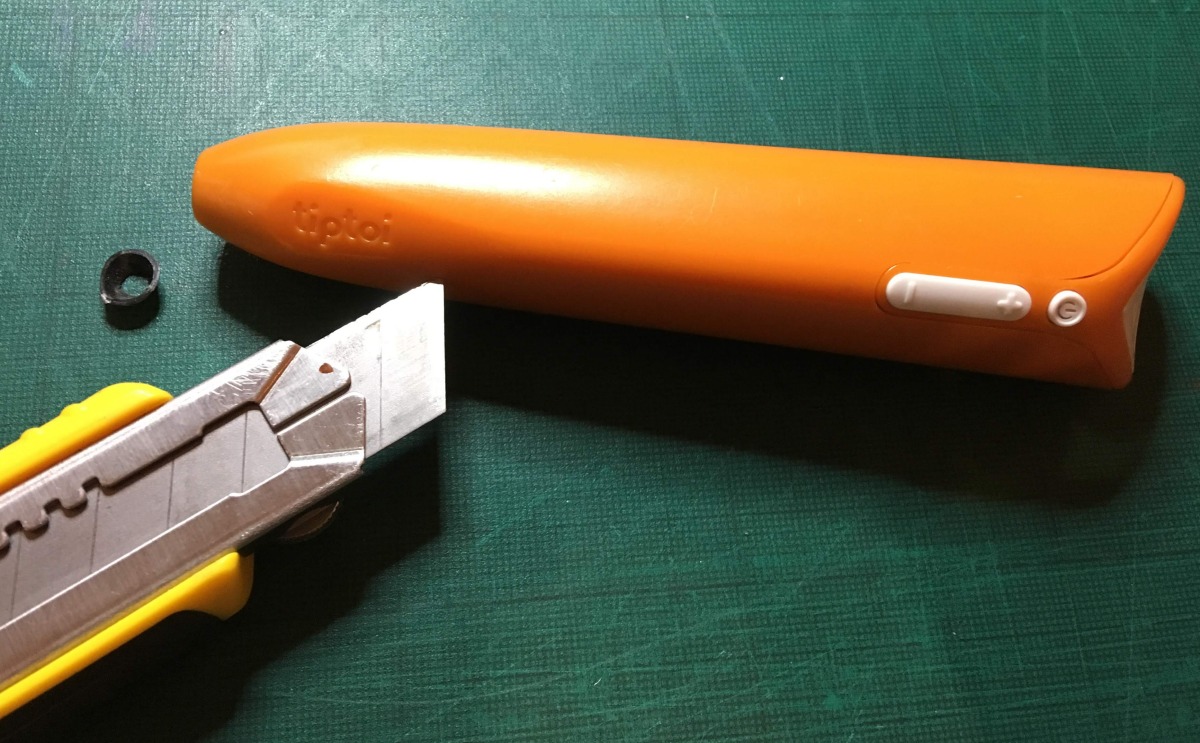 Now I had access to the infrared LEDs inside the pen, which also had gotten twisted in the "chewing process" and were blocking the camera's view. But with the tip cut off, this could be fixed easily now. 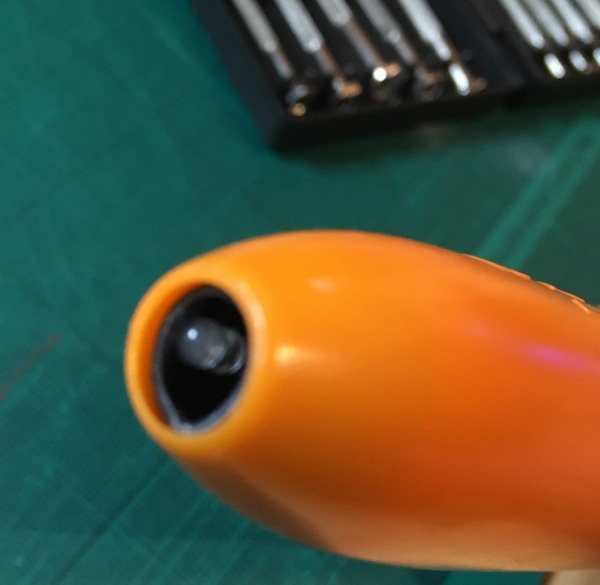 The problem now was that the pen's remaining "tip" was way too large which made interaction with the books imprecise and cumbersome.

3D Printing to the rescue!

The solution was creating a new tip for the pen which was the perfect problem for my 3D printer (those who follow my blog probably know that I really enjoy the rare occasions on which I can print something actually useful). 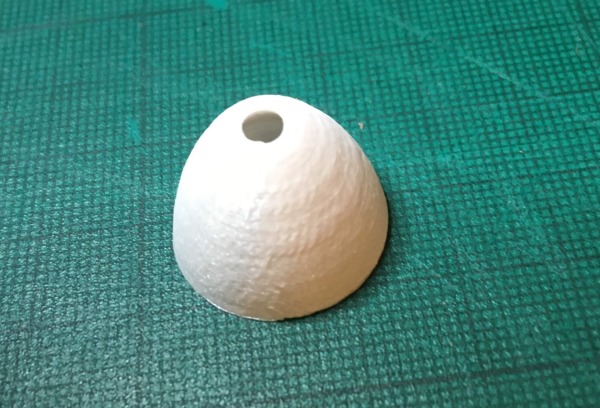 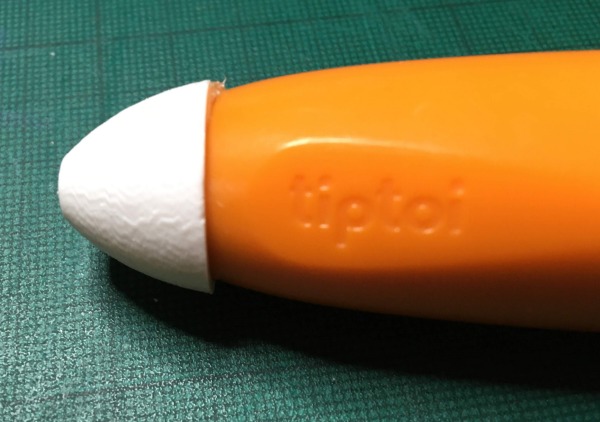 Before you ask ... yes, I am fully aware that his thing looks looks even filthier now than it already did. But this is a kid's toy, so keep your mind out of the gutter, ok ;-)

Here's the Thingiverse link in case you need to print a tiptoi pen tip yourself some day.