TL;DR: For me, a good camera is currently the most important feature a smart phone must have. The Nokia Lumia 1020 has an awesome camera - in fact, it has the best camera you will find in a smart phone today.

Some of you might remember my last year’s Android / Nexus 4 experience, which culminated in a lot of frustration and this rant of a blog post. Nonetheless, when the Nexus 5 came out later that year, I was really curious about this phone and its awesome cost-benefit ratio. Even more so because I was looking for a new phone at that time, since my Lumia 920’s battery had taken bad damage caused by overheating. Therefore I tried to give this experiment a second chance and got myself a Nexus 5 as soon as it became available in early November last year.

And frankly, the experience was way better this time. I really liked the Nexus 5 from a hardware point of view and I also enjoyed the luxury of having available all the apps that everybody was talking about.

But then, I realized that the one thing I care most about when it comes to smart phones is a good camera. I have a 15 months old son and almost every day, there is one moment or the other that just needs to be caught on camera. The Nexus 5 and its camera simply weren’t up to this task.

A lot has been said and written about the Nexus 5’s camera but the honest and brutal truth is: it’s just gruesome. Even after the update and the alleged camera improvements, it was nearly impossible to get a a good shot with it. Let alone capturing good pictures of a 15 month old kind that wouldn’t stand still for a second :).

So, I once again ditched Android and a Nexus phone in favor of a Nokia Lumia Windows Phone. Enter: Lumia 1020.

Here are my five main reasons why I made the switch back to Windows Phone and Lumia and will stick with this ecosystem.

Of course! That’s was the main reason. But it’s still worth mentioning. Taking pictures with a 41 Megapixel camera is beyond awesome and a sheer pleasure. Shoot! Zoom! Crop! Done! I could do this all day long.

Here’s just a random example of a picture I took of my monitor with Visual Studio running. Then I zoomed into the picture after it was taken. Awesome! 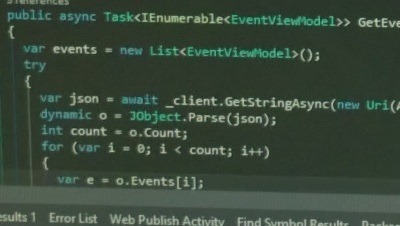 That’s a hardware feature I have only seen on Nokia Lumia phone’s so far and was really missing it on the Nexus phone. Walking in the bright sunlight with your phone in your and and still being able to read mails, browse the web, check Facebook and Twitter … priceless!

That’s another exclusive Nokia Lumia feature I was really missing on my Android phone.
How often do you switch on your phone just to check the time? Dozens of times a day, I bet!
Me: Never! ‘Cause I have Glance Screen again. 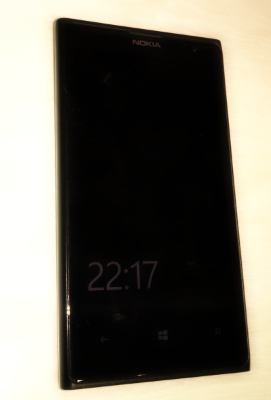 Of course Google does a nice job of integrating their services like maps into Android. But frankly, I am not a big fan of Google’s greed for my personal information and data and try to avoid using their services where possible. Besides that: HERE Drive+ is simply the better (probably best) solution when it comes to (offline) GPS car navigation. Glad to have it back!

This is of course just a personal preference, but I simply favor Windows Phone’s OS look and feel over any other mobile platform. Live Tiles are a definite improvement over the static grid of icons we had for the last 20 years or so. Also, Windows Phone looks and feels just more polished and better thought-through than its competitors. 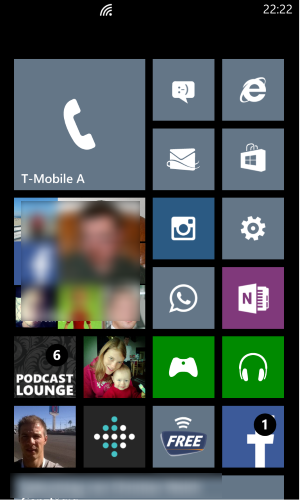 All things considered, being back with Windows Phone and a Nokia Lumia smartphone just feels like returning home from a journey. A journey, that may have been interesting and mostly pleasant, but still: home is the place where you belong and where your loved ones are. 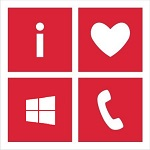