I am big fan of Eric Wastl's Advent Of Code programming puzzles and have blogged about it in the past already.

While I was already getting excited for December and this year's Advent of Code puzzles, I stumbled over the Synacor Challenge totally by accident. This coding challenge was created by Eric Wastl as well and follows a similar principle than Advent of Code. I realized, I had just discovered the perfect weekend project 🤓.

This document and my solution to the puzzles can be found on GitHub.

The goal of this challenge is to collect 8 codes that you can enter on the challenge website to track your progress and prove that you have mastered the challenge. So let's go!

Spoiler Alert: If you want to solve this challenge for yourself you should stop reading here.

The first code is basically for "showing up" at the challenge and it appears in the hints section of the specification document (arch-spec).

After reading this specification, the goal is clear. It's about implementing an interpreter for a set of opcodes so a given input program (challenge.bin) can be executed. Seasoned Advent of Code competitors will experience a bit of a déjà vu here.

After implementing the first subset of opcodes, you get the next code.

After implementing the full interpreter correctly, its runs a quick self-test and gives you the third code.

The actual application that gets executed after that is a text adventure - how cool is that!

Note: This text adventure prompts you for the next action (e.g. go, take ..., look ...). While this is fine for your first explorations, you want to have your input scripted and automatically replayed later. This saves you a lot of time!

You get the next code by executing a certain task in the text adventure.

When walking the maze, it helps to draw a map of it. 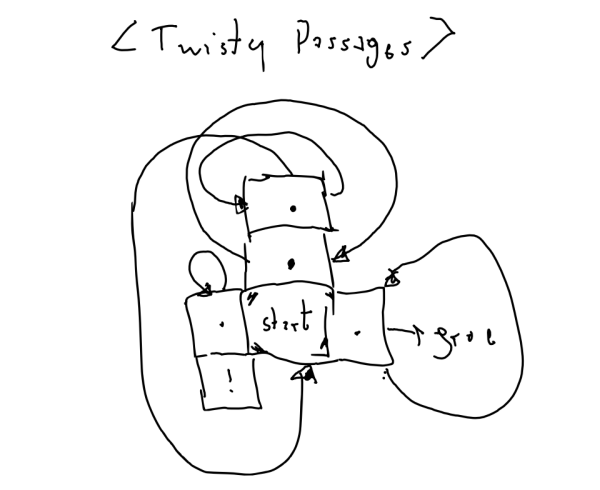 This way, it should not be a huge problem to find the right way and get the next code.

The next code is a little math puzzle. You find a couple of coins, each of them associated with a numeric value. Then you need to arrange these coins in a way that solves this equation.

The idea probably was to write a short program that tries all combinations. However, I was lazy/lucky enough to find the solution by just squinting at the equation.

A previously locked door opens and we find a teleporter, which gives us the next code. 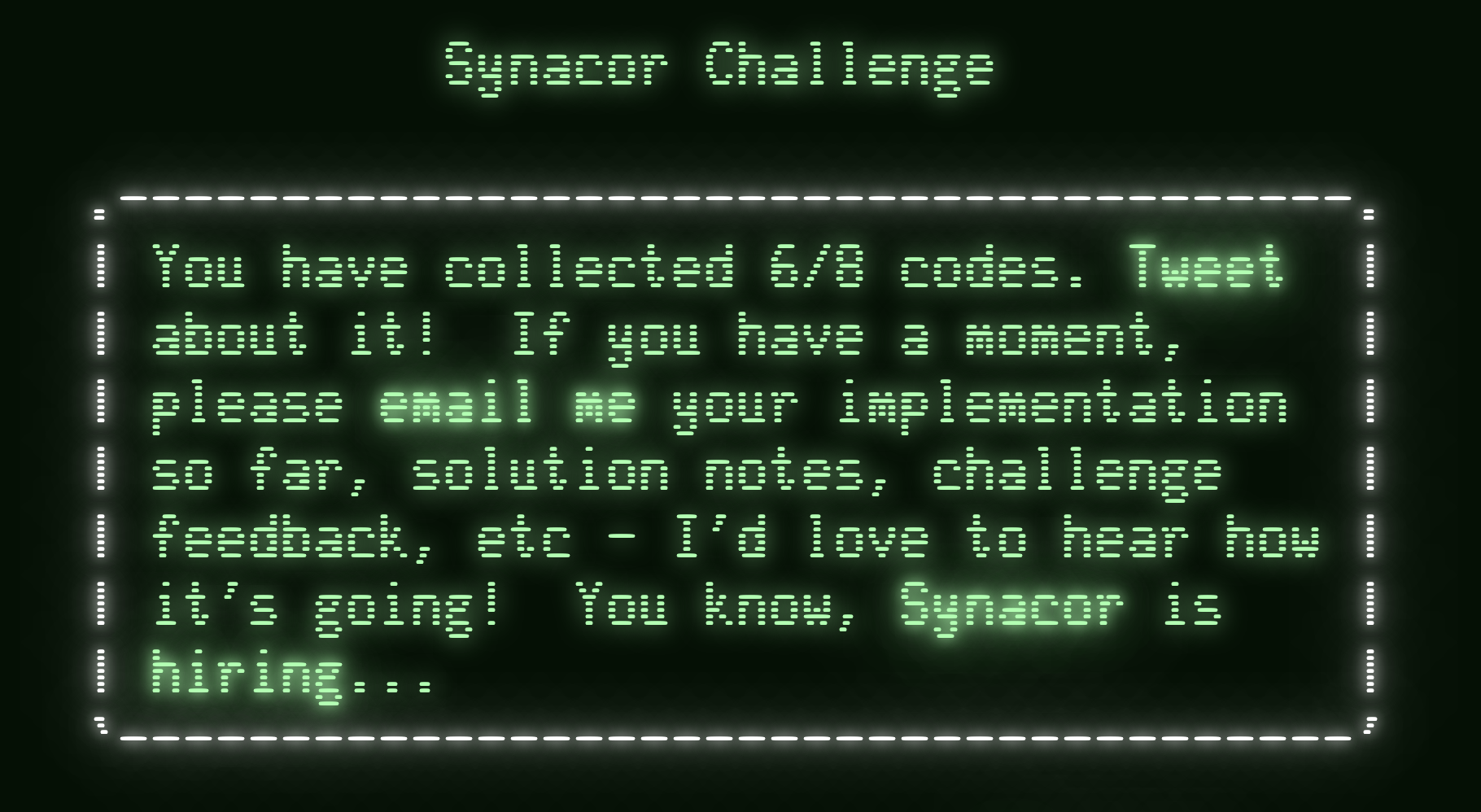 This puzzle was really tough and I actually had to look for help with this one. The premise is that you have this teleporter and you need to tweak the program code and interpreter a little to force teleportation to a new location.

So what do we need to do?

For that I added disassembling and tracing (printing current instruction, registers, ...) functionality to the interpreter.

The first try, just changing the 8th register to value other than 0 immediately lands us in the "promised" forever-running confirmation process.

So by simply patching the program code to skip the check, we can actually advance in the puzzle.

So it's back to reverse engineering the confirmation algorithm. By disassembling the code, I was able to port it to C# but it still would run forever. I even though of adding memoization, but it still was a tad to complex and ended up in a StackoverflowException.

That's the point where I ran out of ideas and had to Google for help. As it turned out the underlying algorithm was a variation of the Ackermann function (which I was unaware of or had forgotten about again). This simplified my solution enough that the stack overflow would go away. Challenge solved!

The last puzzle is then a nice application of bread-first-search. You have a set of numbers and arithmetic functions on floor tiles and need to find the shortest path to a given result applying these operations.

You get detailed instructions in a journal that you pick up.

This gives you the final code, when you look in the mirror (make sure to flip the code). 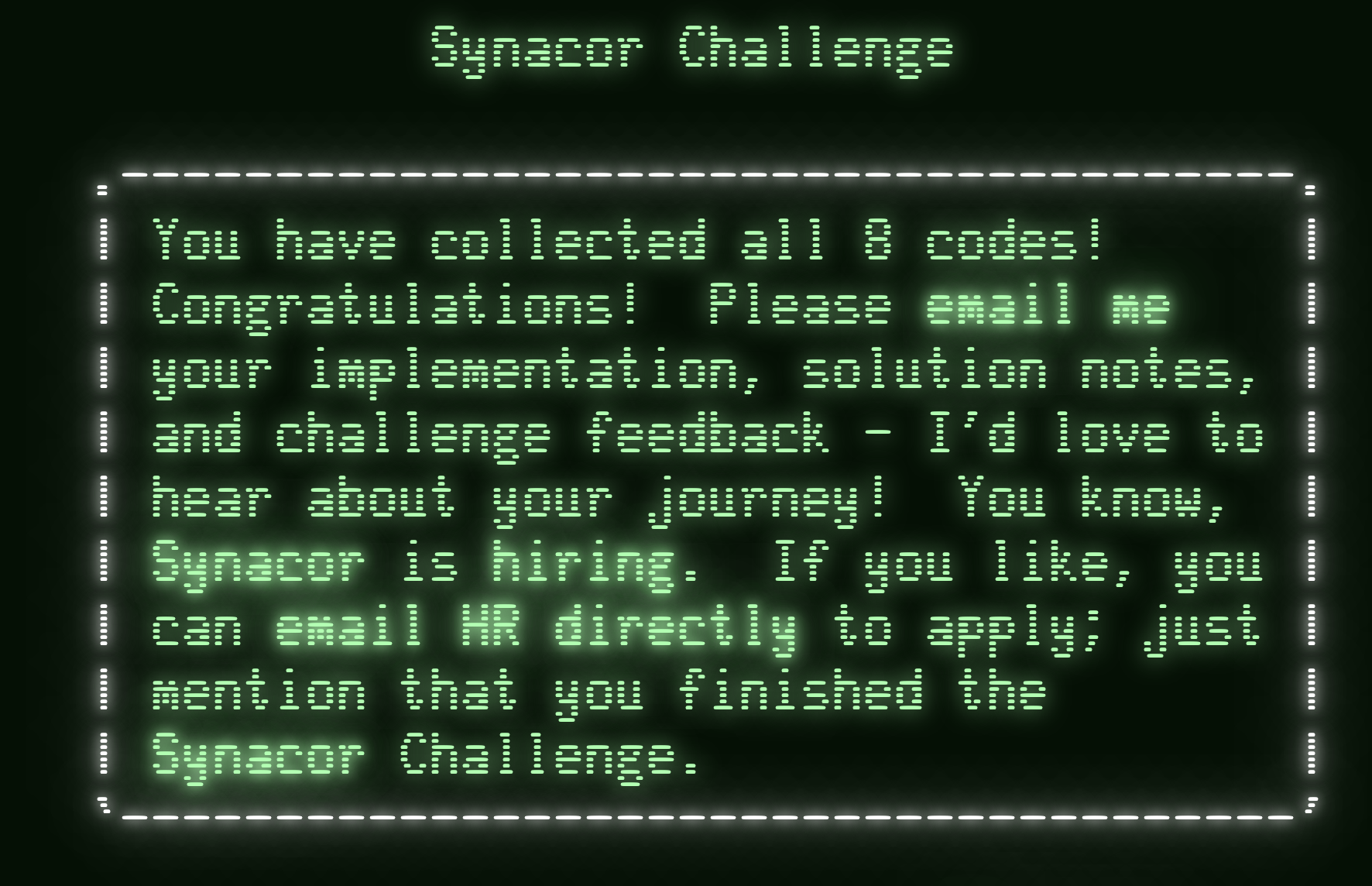