I had the pleasure of attending this year's Microsoft Build conference. Although it did not bring any groundbreaking announcements or sensations, it was definitely a great conference, packed with awesome content. The sheer amount of sessions provided was almost overwhelming and usually made it hard to pick a favorite one for a given time slot. I am still in the process of rewatching those sessions, that I could not see live, on Channel 9. Thus, I won't bother you with summarizing the sessions I actually watched and rather pick a couple that I recommend watching. Also I will pick a few other general topics that I considered my personal highlights of this conference. 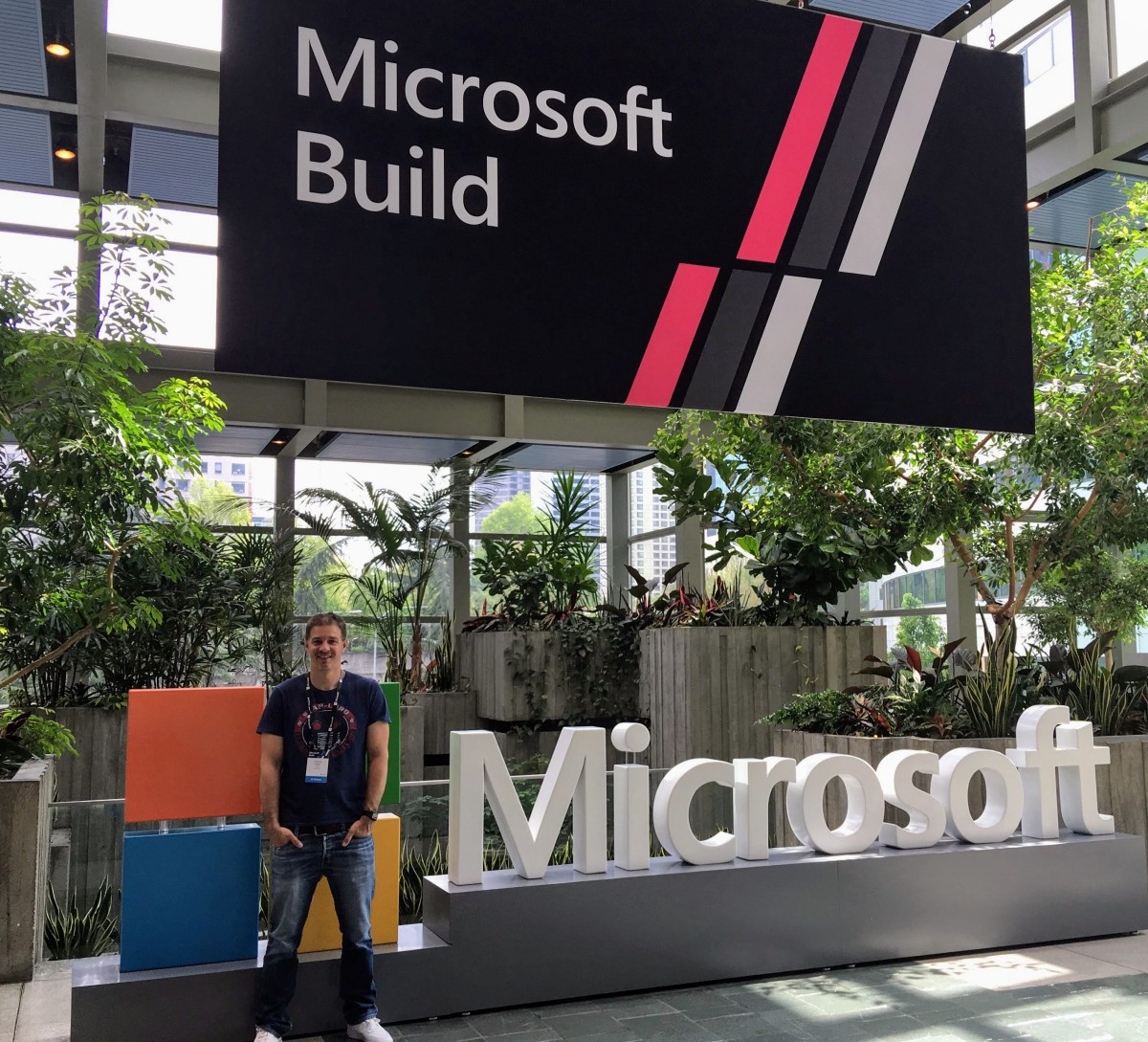 I know that Microsoft (and probably others) are doing this for a while now, but I still find it fascinating and proof that AI / machine learning / or whatever you what to call it actually works and has great usage! All the live captioning during the talks were generated by speech to text analysis and that worked amazingly well! I even noticed that sometimes, if I wouldn't understand something a speaker had said, I took a lot at those captions and the software usually had it right. 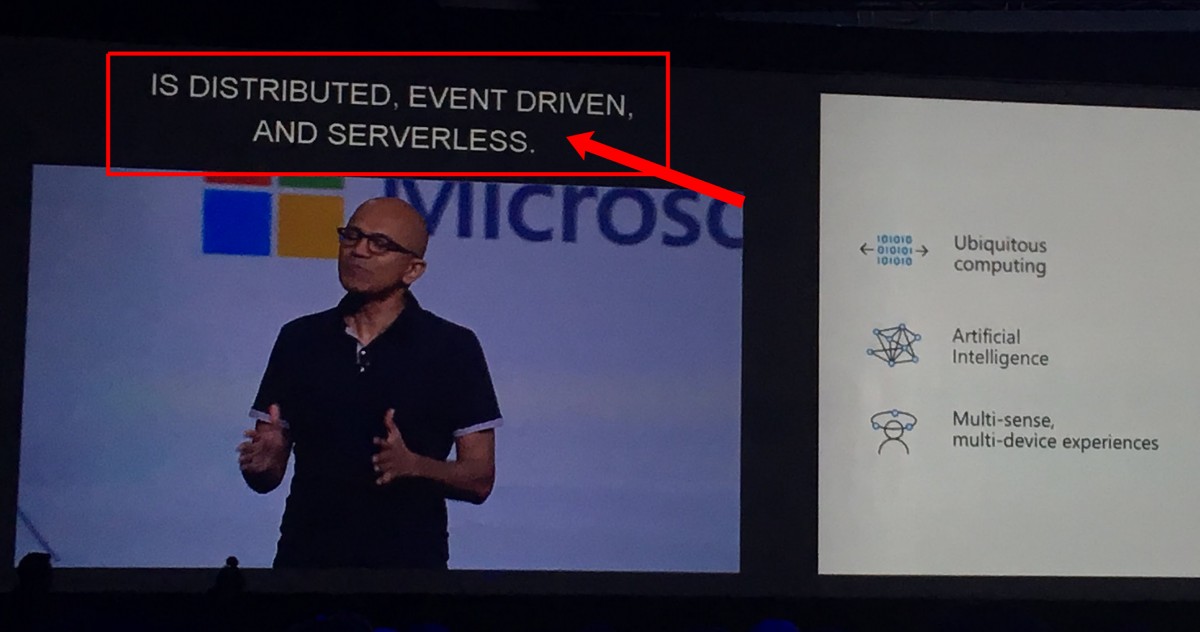 This was one of the announcements that actually hit me by surprise. Microsoft apparently has very concrete plans for the next version of .NET Core and what will be a compatibility pack for Windows applications using Windows Forms and WPF. The way they are advertising is the possibility of side-by-side installation of desktop applications which is rather diametrically opposed ot the story we heard so far about the benefits of shipping .NET with the operating system. To me this clearly indicates and end of life of the .NET full framework which is interesting news in itself.

I tried this out during the breaks between sessions and I have to say I was really, really impressed. Visual Studio Live Share allows live collaborations cross operating systems and IDEs (I was part of a demo running PCs, Macs with Visual Studio IDE and Visual Studio Code). People can code and debug together on all kinds of projects, everyone with their favorite tools and editor settings without even the need of checking out the source code let alone install of the packages on their machines. Really impressive and a game-changer for distributed teams! 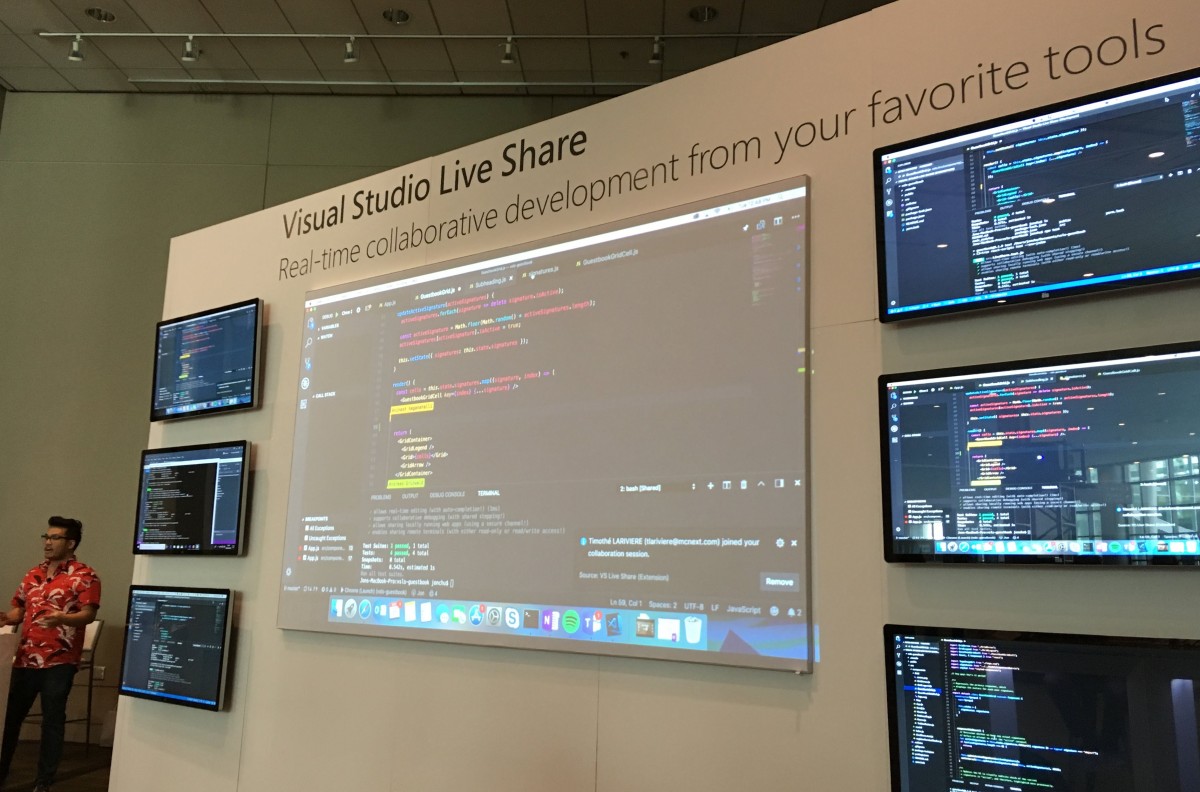 Even though sessions, demos and collecting swag in the expo area are awesome, one of the coolest experiences of attending a conference like MSBuild is the actual people you meet and can talk to there. I guess, I spent a lot of time in star-struck-fanboy-mode.

The day after the conference, I had gotten the opportunity of attending Developer Day. This is basically a huge feedback session organized by Microsoft where each attending developer meets representatives from a dedicated product or feature team, talks about it, gives feedback and switches to the next one after 20 minutes. Kind of like speed dating.

Here's the people I talked to: 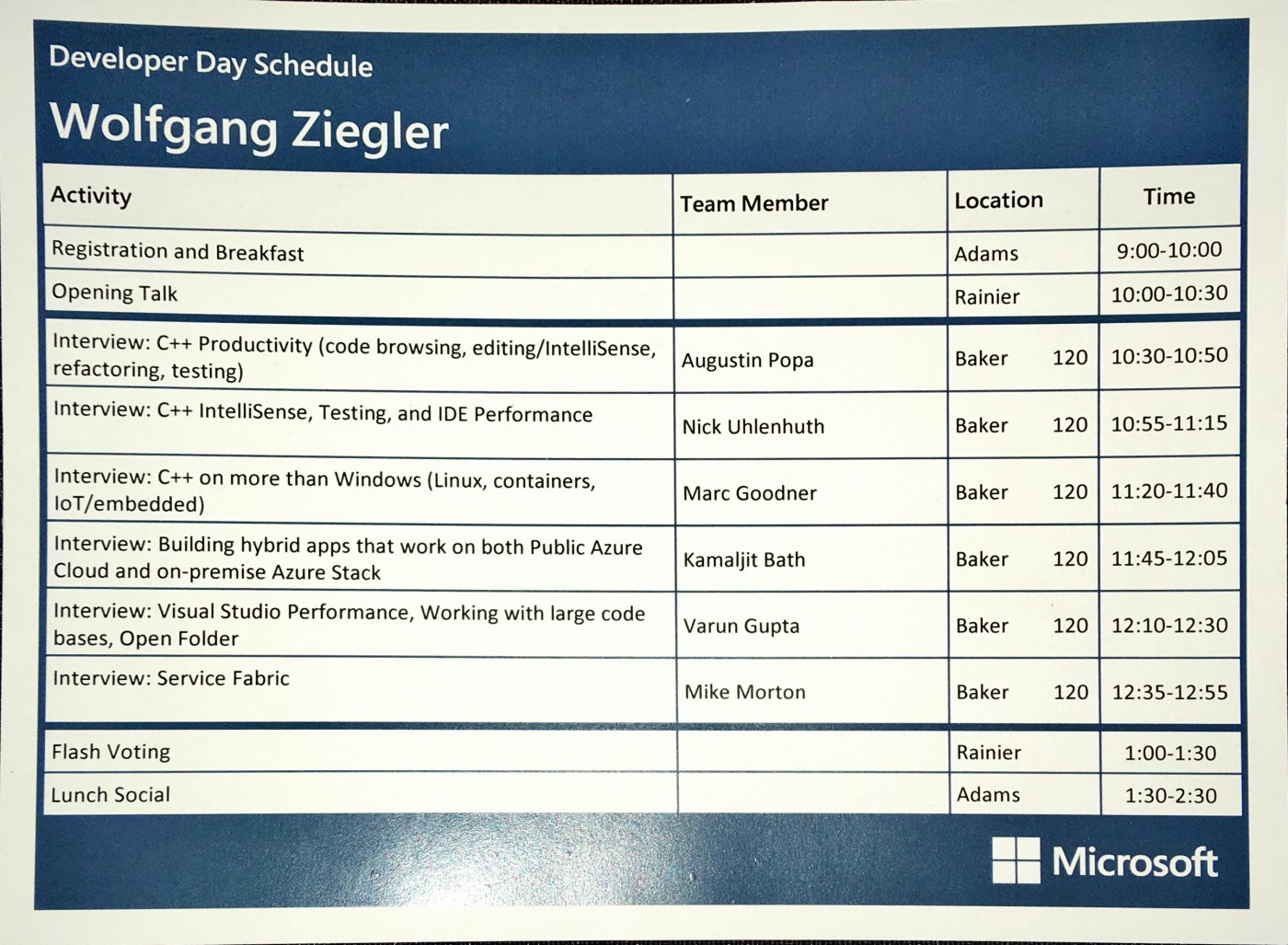