In October 1999 I attended my first computer science courses at university. It was during one of these early courses that our lecturer said the words that would so fundamentally influence me and the way I am thinking about change in technology.

“You will encounter a lot of of interesting and exciting technologies in the next couple of months and years. But don't get too excited about specific technologies since many of them will already be irrelevant the day you leave this university."

And hell, did these words proof to be true! Only 5 years later, the dean of our faculty used nearly the same words in the speech have gave during our graduation ceremony. He made us think back about the beginning of our university studies and the technologies we had seen coming and going since then.

That's when it hit my like a rock and I realized this for the first time: My job is never going to get boring! Working in tech and especially in software is the gift that keeps on giving! 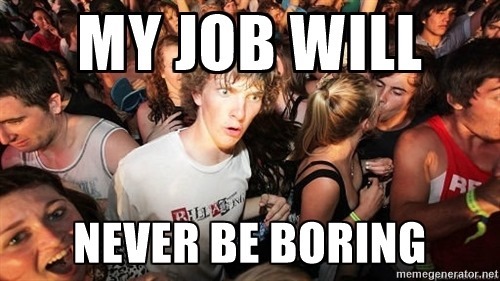 So to me, that fact - the fact of constant change and adoption - has become second nature and a fundamental part of my identify as a software developer. That's probably the reason I am really struggling to understand people in my business that don't realize that and don't feel the same way about change and keeping up with it. Instead of embracing change I have met people who are intimidated by it and try to avoid it at all costs.

I get it: sometimes trying to keep up with all these changes can be overwhelming but putting resistance up to that is about as advisable as trying to stop an avalanche. It’s going to happen: with or without our approval.

Change is neither good nor bad. It’s simply unavoidable.

Therefore, a way more healthy approach to the rapid pace of changing technology is going with it and embracing these changes. Usually this means learning something new, which is always a good thing IMHO. In a way it’s like exercising: the older you get, the harder it becomes. But then again: it’s something you have to do to stay healthy (physically and intellectually).

So, go on: Embrace Change! Learn something new and be excited about it!