Today at the anglebrackets conference I had the pleasure to shortly talk to Douglas Crockford. If you don’t know him … well you should. This guy really is a big deal – he invented discovered JSON (in a process he called software archeology), wrote “JavaScript: The Good Parts” and is basically one of these “guru personalities” in our industry.

During the conference he took part in a very interesting panel discussion titled What do Web Developers need to know in 2014. The panel consisted of Douglas Crockford, Michele Leroux Bustamante, John Papa, Denise Jacobs, and was moderated by Scott Hanselman (picture from left to right).

My personal key take away of this panel session was a statement by John Papa who said (freely quoted):

When it comes to web technologies there are many one should be aware of but only a few to actually pay attention to.

Figuring out which technology fits into which category is probably the hard part here and requires quite a lo of experience, but that’s probably the only way to keep up with the sheer amount of new web technologies and frameworks these days.

After the panel discussion Douglas Crockford engaged in some Q&A and small talk and posed for a couple of pictures with his fan boys ;). 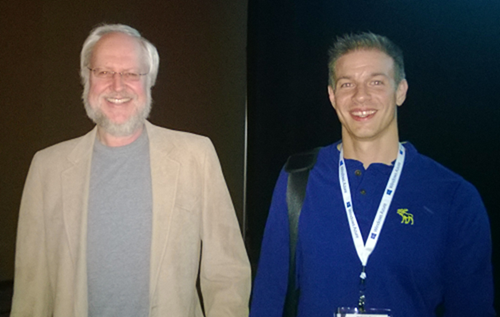 I was even able to get his autograph on a OneNote page on my Surface Pro tablet (since I had forgotten to bring m copy of “JavaScript: The Good Parts”). He probably considered this a bit weird though but nonetheless did it and here’s his digital autograph, ready to be printed and glued into the book. 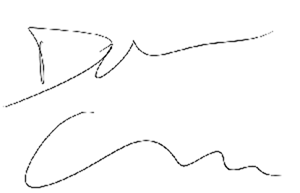 Right now, I am looking forward to Douglas Crockford’s keynote speech on the topic of Syntaxation, which he’ll give tomorrow.