I stole this headline about James Mickens from an interview he did for the Next at Microsoft blog. But it’s true, this guy is genuinely funny in the cleverest way I have seen so far.

He is a member of the Distributed Systems Group within Microsoft Research (MSR) but might as well do standup comedy. Or, as the author of the aforementioned interview puts it:

He could easily grace the stage of the Saturday Night Live Show and then debug their website for them.

I only found these two videos of conference talks by James Mickens. If there is more please let me know.

The first video about “Big Data” from the Monitorama PDX 2014 conference is called Computers are a Sadness, I am the Cure and it is simply hilarious! James Mickens’s Bane impression almost made fall out of my chair, as I was laughing so hard.

The second one from the Øredev Conference is titled LIFE IS TERRIBLE: LET’S TALK ABOUT THE WEB and it deals with the “dangers of JavaScript” in an equally entertaining way. 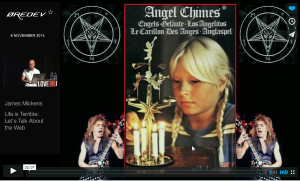 There are a couple of essays James Mickens wrote for the ;login: magazine that are just brilliant!

I copied a couple of my favorite quotes from each of these essays but you should read them all as a whole. They are just a gold mine of clever humor. See for yourself:

They [mobile devices] crash all of the time, ignore our basic commands, and spend most of their time sullen, quiet, and confused, draining their batteries and converting the energy into waste heat and thwarted dreams.

People buy mobile devices for the same reason that goldfish swim in their tiny bowls: it’s something to do while we wait for death.

… a mobile phone should be able to make phone calls while it moves through time and space. I derived this provocative concept from basic notions of adjectives and nouns.

In reality, you could go to the Middle Ages, find a random person, and take whatever is in his left pocket, and you would have something that is more useful than a modern mobile device.

We cling to Byzantine fault tolerance like Charlton Heston clings to his guns, hoping that a series of complex software protocols will somehow protect us from the oncoming storm of furious apes who have somehow learned how to wear pants and maliciously tamper with our network packets

As it turns out, Ted the Poorly Paid Datacenter Operator will not send 15 cryptographically signed messages before he accidentally spills coffee on the air conditioning unit and then overwrites your tape backups with
bootleg recordings of Nickelback.

In those days, you could XOR anything with anything
and get something useful.

If her CPU utilization goes above 4%, she either has a computer virus, or she made the disastrous decision to run a Java program.

Every evening, after John left work, he went to the bus stop and distributed power literature to strangers, telling them to abandon transistor scaling and save their souls

A Systems programmer has seen the terrors of the world and understood the intrinsic horror of existence.

As a systems hacker, you must […] write directly to network ports using telnet and an old copy of an RFC that you found in the Vatican.

When it’s 3 A.M., and you’ve been debugging for 12 hours,
and you encounter a virtual static friend protected volatile
templated function pointer, you want to go into hibernation and
awake as a werewolf and then find the people who wrote the
C++ standard and bring ruin to the things that they love.

My only logging option is to hire monks to transcribe the subjective experience
of watching my machines die as I weep tears of blood.

Did I promise too much? I don’t think so. Otherwise your sense of humor is bad … 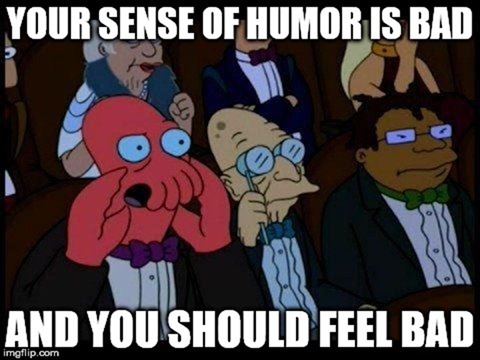