My boys are obsessed with Pokémon and as a dutiful geek dad, of course, I have to support this obsession.

So naturally, when they recently asked me to build them a Pokédex toy, I considered this a welcome opportunity to spend some time, 3D printing and tinkering with electronics.

In case you are wondering what a Pokédex is, get the full explanation here.
But in a nutshell: it is a handheld device that contains information about Pokémon.

This is what I used for making the Pokédex toy:

As so often when starting a new project, I went and looked for prior art on Thinigiverse. And, of course, I found something.

As mentioned above, my plan was to add electronics (an Arduino-driven display) and make this toy actually interactive. So I had a make a few adaptions to this model to make space for for the additional parts.

You can find these adaptations here. 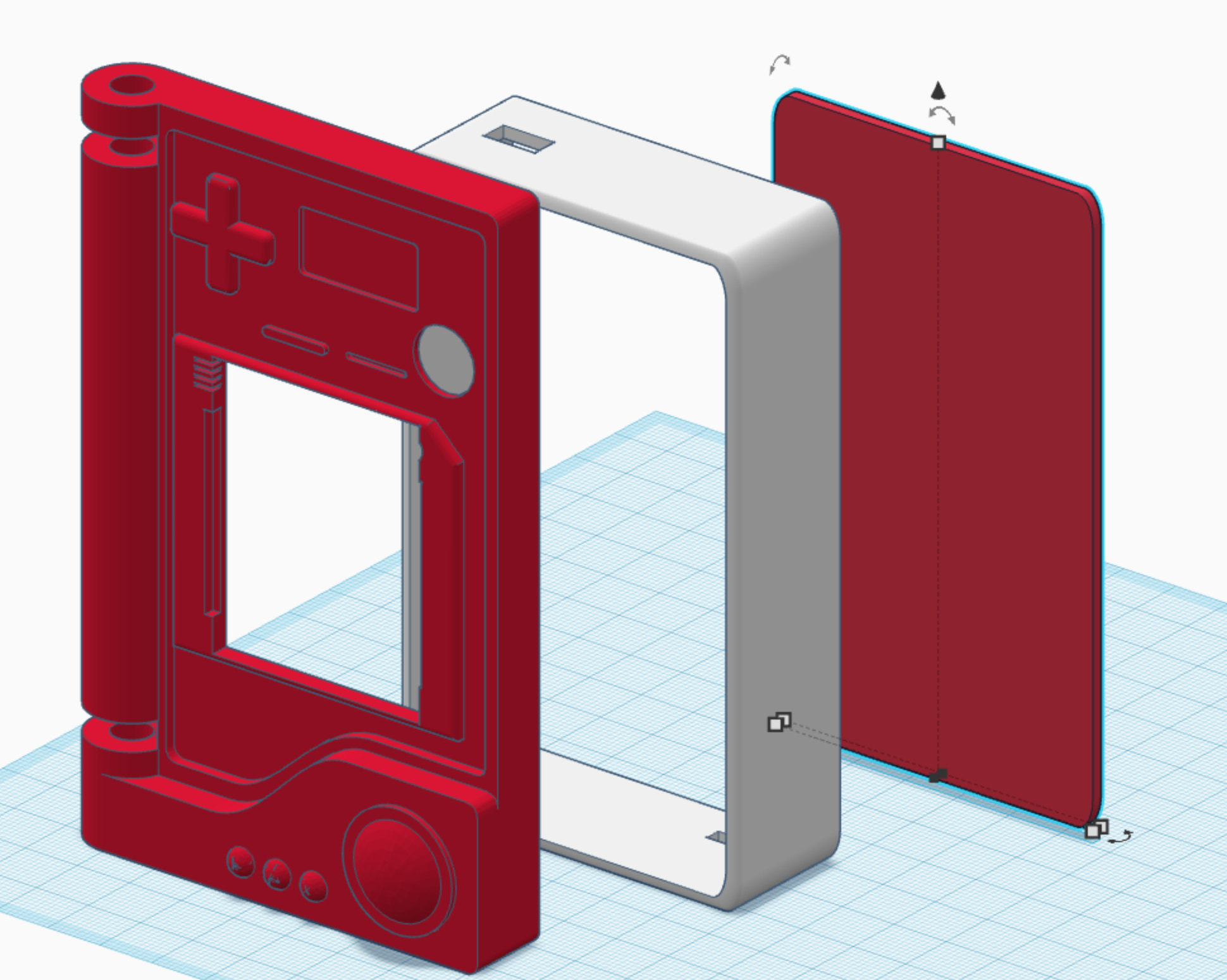 When I tried the display for the first time, the Adafruit TCTLCD Library simply would not work.

Fortunately, I remembered a previous project where I had used the same display hardware. Looking up the code of this project, I remembered that I had used a library called MCUFRIEND_kbv back then. 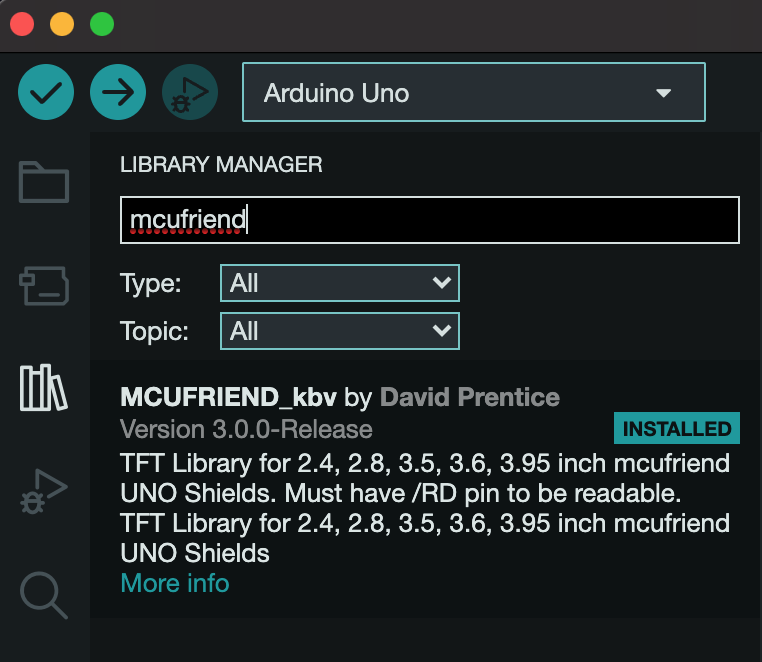 So I quickly installed this library in my Arduino IDE, the display was working as expected and I would be able to display Pokémon images.

Since the display shield is occupying most of the Arduino's pins already, I was planning for minimal interaction anyway.

The idea was to only have a single push button that would randomly flip through the collection of Pokémon images on the SD card.

The only pins unused (rather: visible not connected) by the shield were SDA and SCL. These are electrically identical to the A4/A5 pins as I found out here.

So I simply tried whether could detect a button-press on A5/SCL which worked out fine.

Perfect! So I had a way to display images on the display, use a button to cycle through them. Now I only needed to prepare these actual images on the SD card.

Luckily, there is Pokémon Web API that provides images in all kinds of sizes for more than 1000(!) Pokémon.

Even better, the whole data is available on GitHub.

So, with the help of ImageMagick and some scripting I was able to:

Then I made sure to rename them by using a continuous scheme, so I could easily pick them at random in the final Arduino sketch.

If I ever update the files on the SD card, I also need to touch this line ...

... which allows me to quickly pick a random image like this:

With the ["firmware"]((https://github.com/z1c0/arduino/blob/master/pokedex/pokedex.ino) ready and the parts at hand, I only needed to assemble everything.

First, I glued in the button and the display attached to the Arduino Uno. 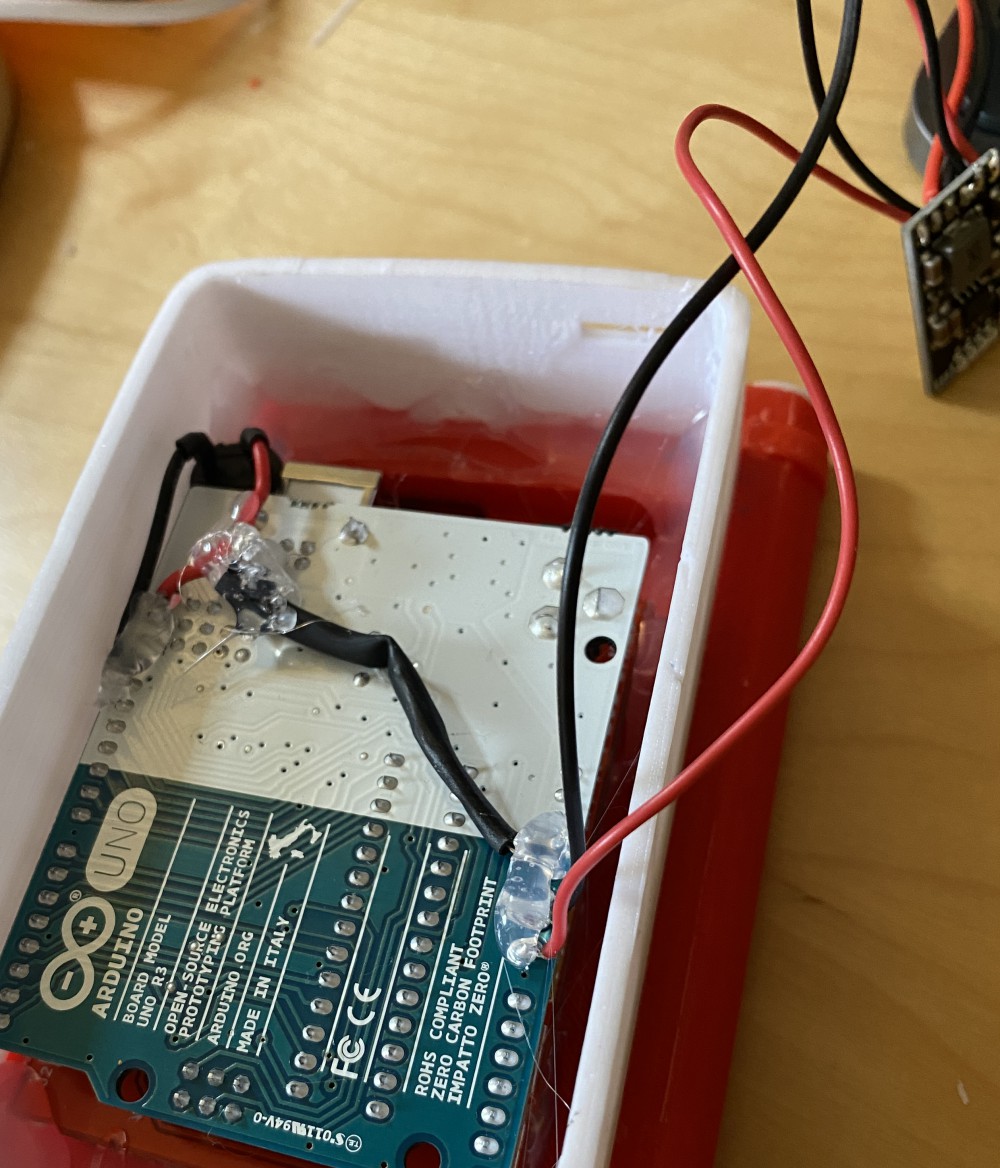 Next, I connected the charging circuit and the battery. I also glued in sockets for the plastic screws that would hold the back cover.

And closing it up. 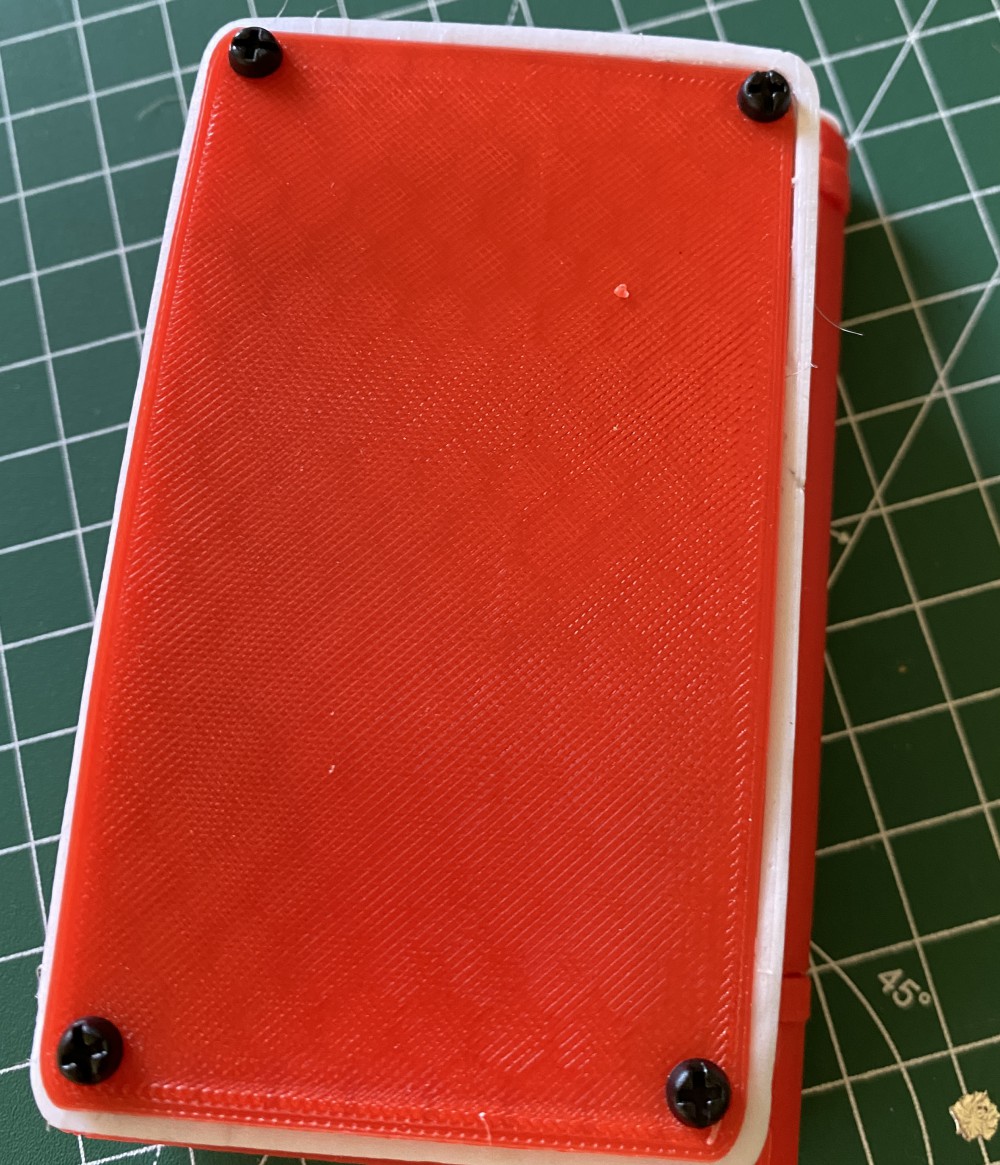 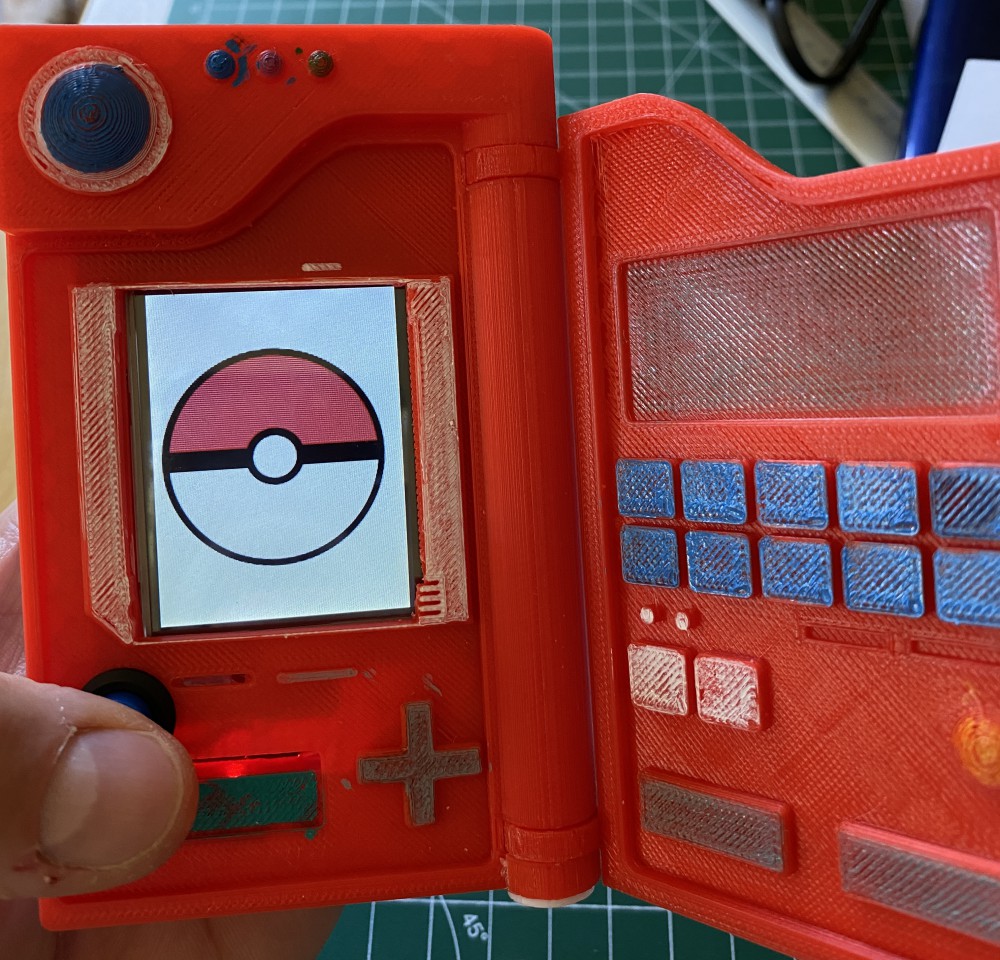 The Pokédex displaying a Weepinbell. 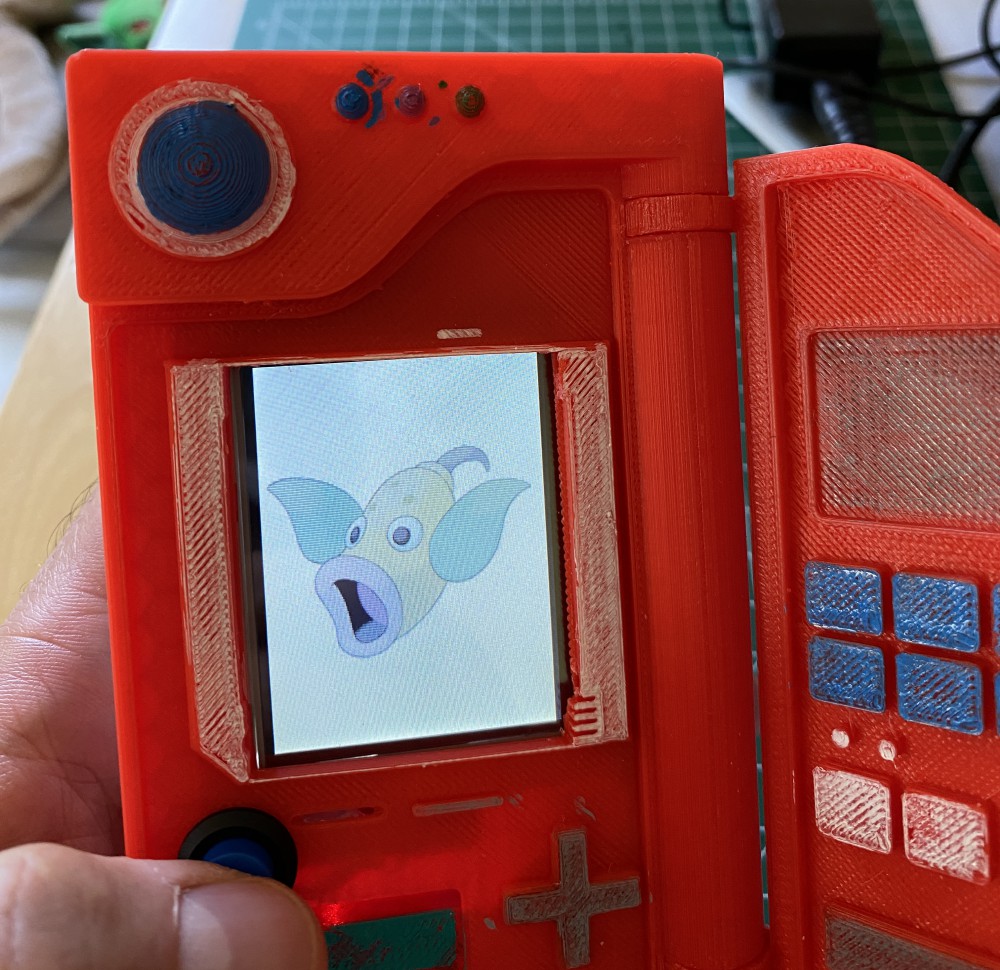