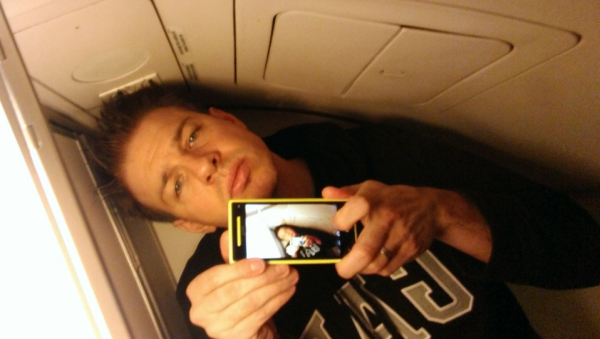 Windows Phone is moving unbearably slow at the moment and I feel I am missing out on many great technologies that are currently available and features that other mobile phone platforms have. There is a list of things that need to be fixed in the Windows Phone platform in order to have a fighting chance on today’s smartphone market and to give the platform unique characteristics again.

Open up the OS and SDK

The current Windows Phone SDK is nice for building high-level apps and games. But as soon as we need to get just a little “closer to the metal” the platform just won’t let us. It feels like being held in a straight jacket and banging your head against a wall. Developers like me are prevented from writing all kinds of great apps that could make a difference. Here are just a few examples (I could give you a dozen more just from the top of my head):

The SDK has just too many restrictions.

Issues like that should have been addressed long ago because they are holding us developers back. But the worst thing is that these features don’t even appear on current road maps.

Currently Live Tiles in Windows Phone (or Windows 8) are not in really “live” in a way that they are dynamic, let alone interactive. They rather resemble an animated GIF that gets changed from time to time. So rather than being live they are static, non-interactive content.

Live Tiles should be dynamic and interactive.

Live Tiles that actually deserve that name would be more like mini versions of your app running on the home screen. Just think of the scenarios this would allow:

And I am sure there are many more really cool examples people would come up with, if they just had the chance to support these scenarios.

Would this have impact on battery life? Probably. Should we care? Hell no! Users want great apps and great app experiences. If we give that to them they are willing to sacrifice battery life for it.

This has been a point of discussion that’s going on since the Windows Phone platform came to live: people complaining about the small number of apps in the market place. But it’s not the number of apps. Meanwhile there are probably as many crappy soundboard and fart apps in the market as there are for Android and iOS. The issue we are facing are either missing key apps or the low quality of some key apps.

There are usually always a couple of must-have apps or games that all be internet buzz is about. If that was Angry Birds or Instagram or currently Vine (I won’t even mention the Skype disaster with Windows Phone 7 here): Windows Phone is always last to have these apps or does not have them at all (I am looking at you Instagram). This is a deal breaker for many people and I actually respect and understand that. If I shell out 600 € for a shiny new smart phone, I want it to run the latest and greatest apps that all the buzz is about. Windows Phone does not have that and that’s a shame because all it would take to fix that is a dedicated app creation team, monitoring the market for “buzz apps” and quickly delivering them on Windows Phone. And as soon as the OS gets enough traction on the market this will sort out itself. Hell, I’d actually love to work in such a team!

This is what bothers me most currently. The above points of criticism would be less dramatic if I knew that the Windows Phone development team was giving us updates on a quick cadence. There would always be hope that the next update fixes some of that issues. But the opposite seems to be the case: updates take forever until they reach us and when they arrive they are often not even noteworthy. Just take the current GDR2 update as an example. At the moment, I am eagerly waiting for that. But what will I really get out of it? FM Radio among other small improvements. FM Radio - seriously?! That should have been in the platform from the beginning. Actually it should be an app and be shipped it out of band. Where’s the real stuff? Where is the notification center we were promised when Windows 8 was launched? Still waiting for it, what feels like ages already.

Working for a software company myself, I really can’t get my head around how developing and improving a platform can happen so slowly. Especially in the situation Windows Phone is still in. Android and iOS have a giant head start and Windows Phone does not even seem to try catching up with them when they actually should try to be better and faster to gain traction on the market. That’s plain ridiculous right? Or is it just me who does not get that?

And please, Windows Phone development team, don’t blame the providers and carriers for slowing down this process. That’s an invalid argument I just can’t bear hearing anymore. If that’s really a problem, find a way to work around them. Ship updates out of band like you do with Windows 8 apps. Why would providers care if you add an FM Radio to the OS? Or a new keyboard? Just give us the bits! Out of personal experience, there’s really nothing that dedicated smart phone users love more than updates. The experience of getting the latest and greatest software, discovering what has been added or modified on our beloved devices - this is like Christmas.

When it’s so easy to make us happy, why are you neglecting us?