I think it's safe to assume that. Firstly because I consider myself as a geek (so are you probably, since you are reading this) and am certainly obsessive over many things. Secondly, because obsession over things is what by definition differentiates geeks from "normal" people. These "things" may be comics, movies, music, software, ... whatever.

But today, I want to talk about a certain kind of obsession that I have, which affects computer games or rather finishing them. Sometimes this obsession can have a real negative impact, when the goal (i.e. finishing the game) becomes so predominant that I cannot enjoy the journey (actually playing the game) that much any more. This is quite sad but usually I simply cannot help it. My wife often teases me about that, telling me to relax and focus more on enjoying the “journey” ... but I couldn't if I wanted:

I HAVE to finish this game now! It has become a personal matter between me and the creators of the game.

The positive aspect of this obsession on the other hand is the feeling of closure that I get, as soon as the game is actually finished. I also like to think of that as tying up loose ends.

I remember e.g. that I had been playing Half-Life a lot for a couple of weeks when I was still at university. But for some reason or the other, I never came to actually finishing this game. I then forgot about that matter until a couple of years later, when I remembered … and I instantly felt that I had to finish this game! Luckily my old save games were still around and that's what I did: I finished Half-Life and felt closure.

That particular thing happened to me over and over again.

Just recently, I was reminded about "Metroid 2 - Return of Samus” - IMHO the best game for the classic Nintendo Game Boy ever to be made.
My cousins had this game when we were kids and we spent countless hours hunting down the Metroids. I think my cousins actually finished this game but I never did. From time to time I remembered this and I always considered it as a loose end that would need tidying up some day.

Last week I decided to actually do that, bought a pre-owned Metroid 2 cartridge on the internet and there I am again: hunting down Metroids and tying up loose ends. 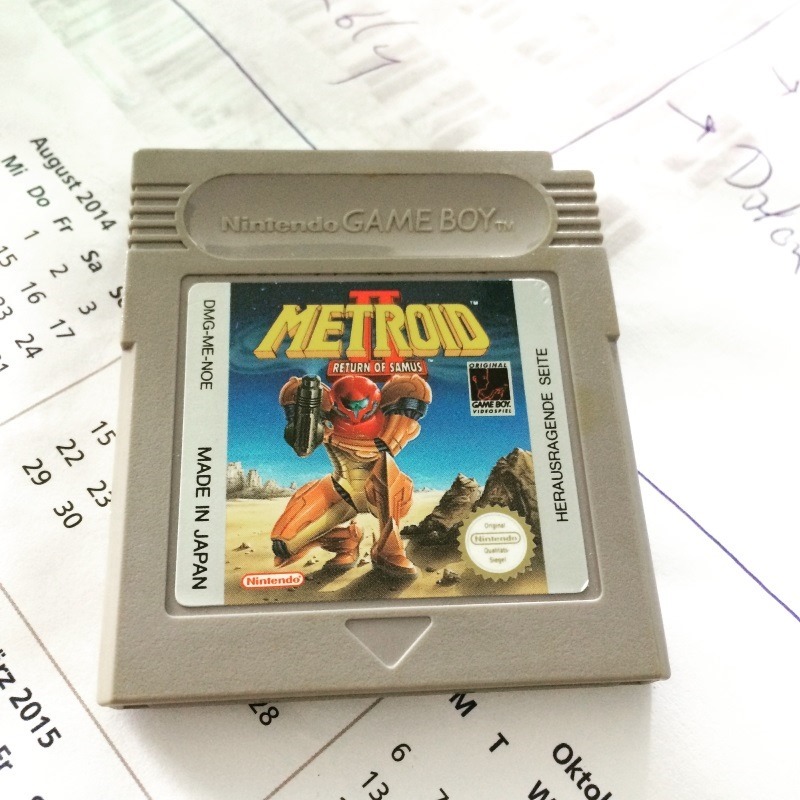 Am I crazy? Probably a little. But does it feel good? You bet it does!