Just recently, our family got a new member. Everyone, who has a baby or little kid of their own, will probably agree with me that the one thing you really don’t wanna do is wake your little angels once they are finally asleep.

But one thing that usually tends to wake them (or almost anyone, I guess) up, is bright ceiling lights that are suddenly turned on.

Since I regularly go to bed later than the rest of my family (after staying up and writing blog posts and stuff) and also tend to get up earlier in the morning (at least during the week because of that "job thing"), I either have to:

I was not particularly fond of either option, so I decided our bedroom needed a subtle ambient (ideally motion activated) lighting system.

Basically an LED strip stuck to the bottom side of the bed frame connected to an IR motion sensor.

Instead of getting an ready-made one (like that), I decided to build my own one, since I had all the required components readily available:

Here’s a Fritzing schematic of the circuit. 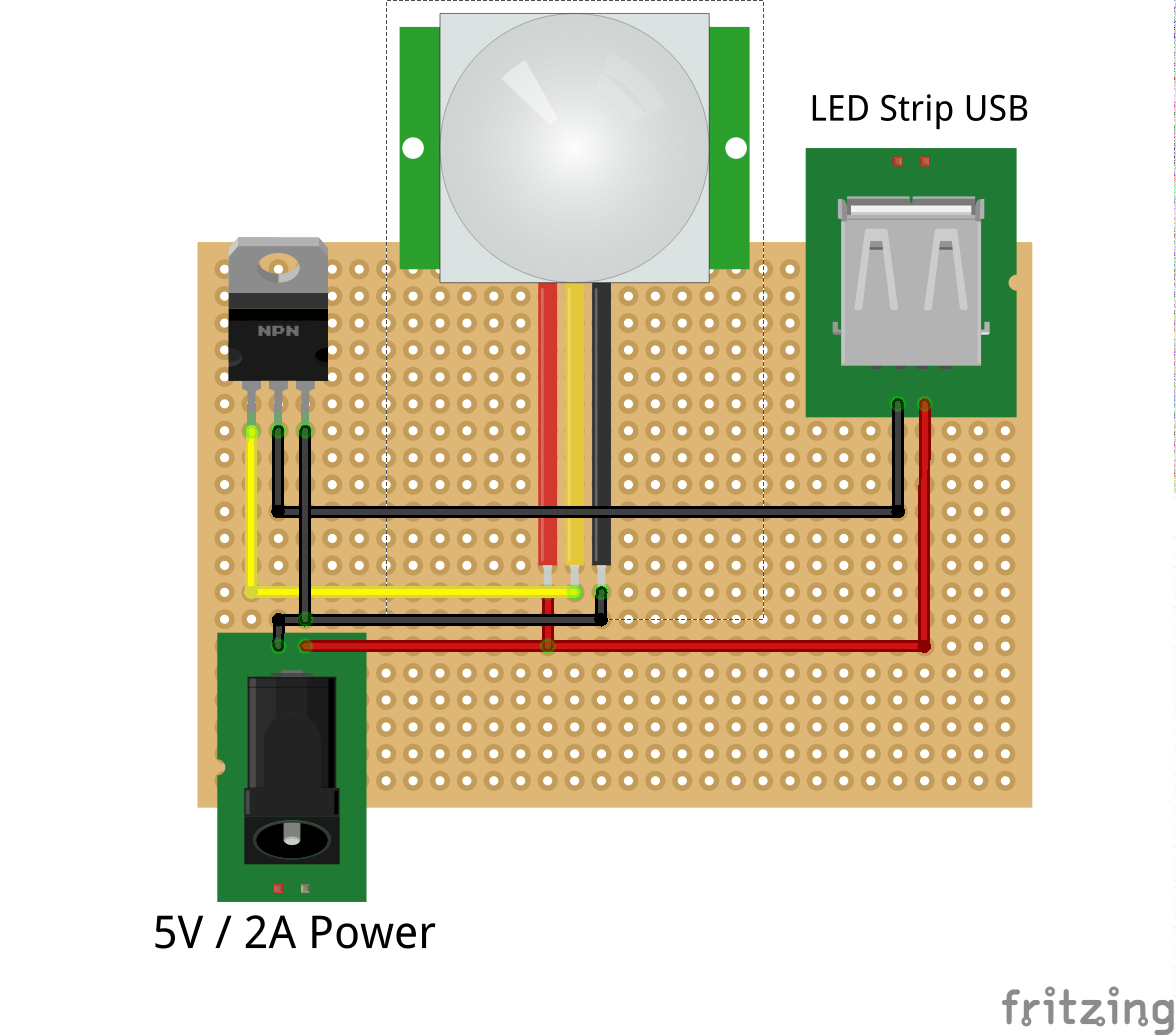 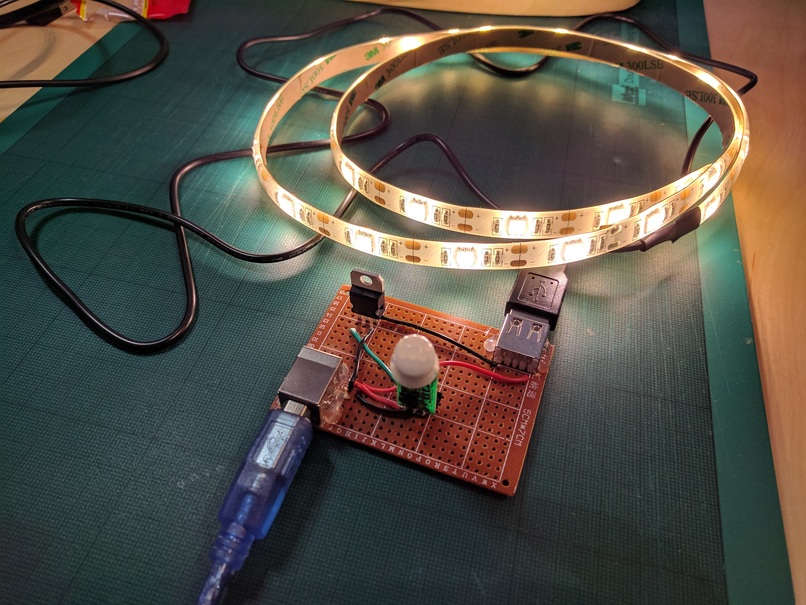 As we see, the LED strip’s power is controlled using the TIP120 transistor, which is connected to the output of the PIR motion sensor.

As soon as motion is detected, the sensor’s output goes to high, thus triggering the the transistor and turning on the LED strip.

The most challenging part was probably fine-tuning the PIR motion sensor (you can learn about the nitty gritty details here), but basically there are 3 options one has to consider: 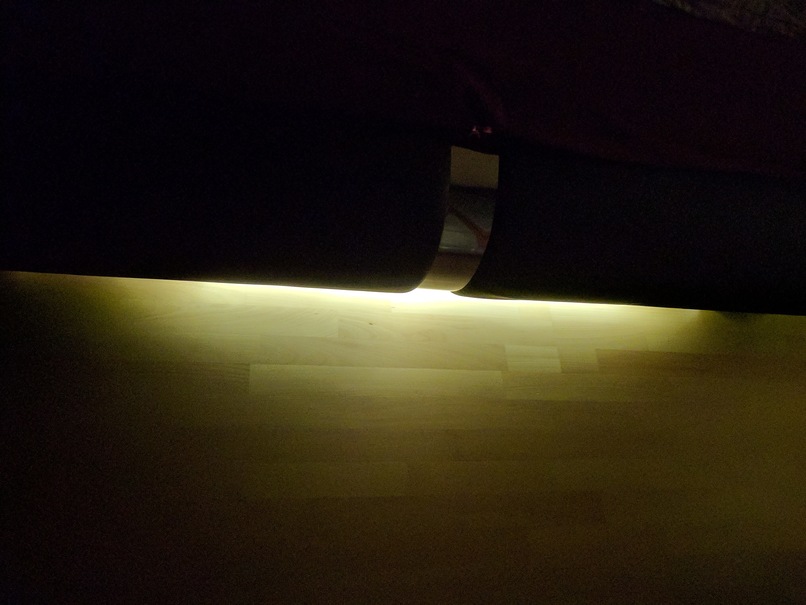