Illumination and lighting sets for LEGO are all the rage at the moment. Just go on Amazon and take a look. But in the true maker spirit, let's keep it at this look, maybe draw some inspiration from it and come up with something ourselves.

Take e.g. this LEGO xtra set that comes with a couple of street lamps. It basically asks for added illumination, right?

This is how the street lamp looked in its original state. 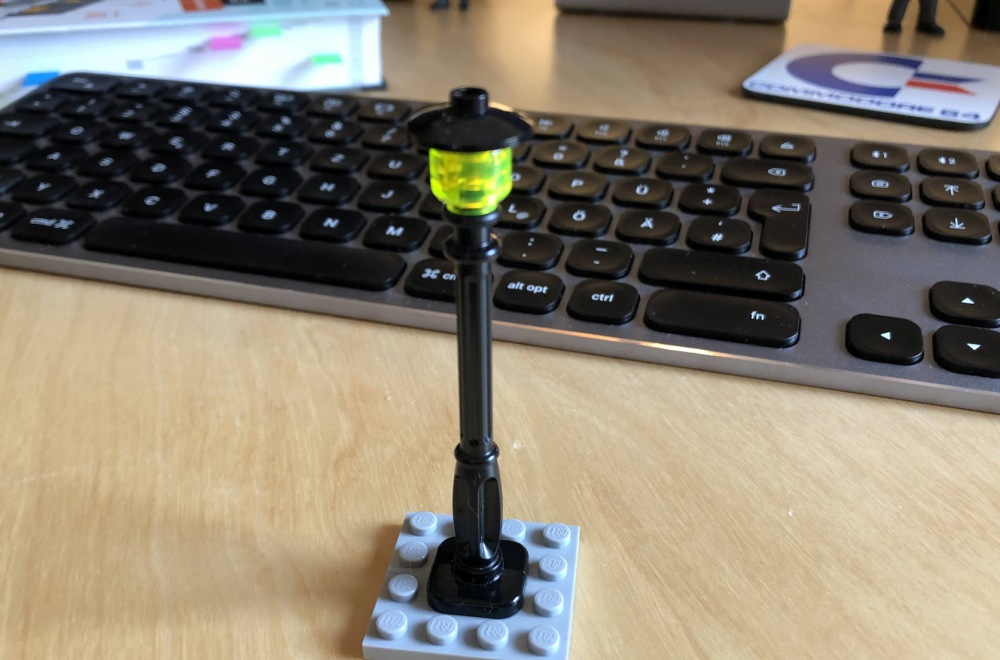 When I decided to add lighting to this lamp post, the first step was to drill through the lamp post in order to get wires through it. This was relatively simple done with the micro drill set I had available for my Dremel tool. 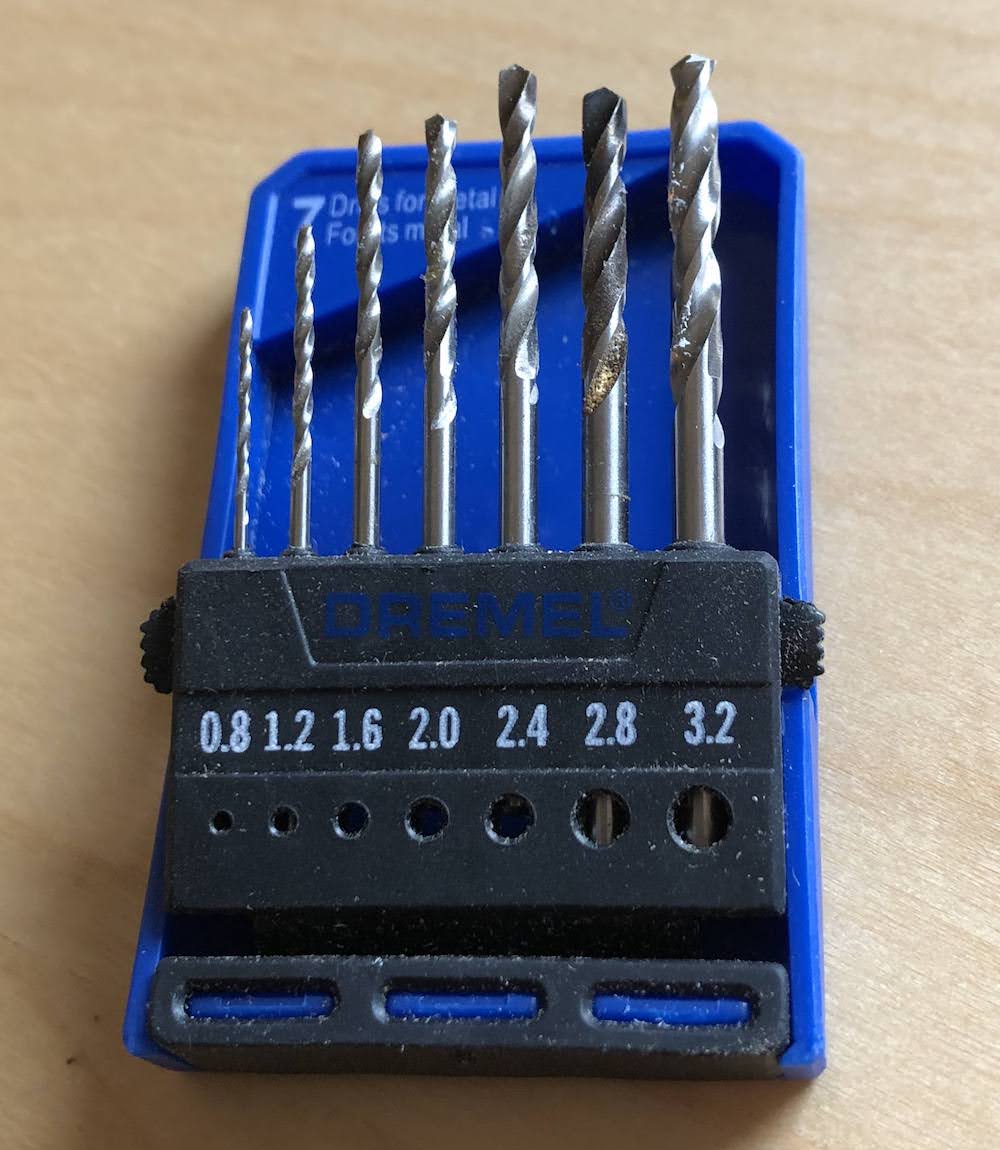 With the lamp post hollowed out, putting wires through was easy. Enameled copper wire works best for that. It fits easily into the now-hollow post and the wires coming out from it can just be covered by LEGO plates. 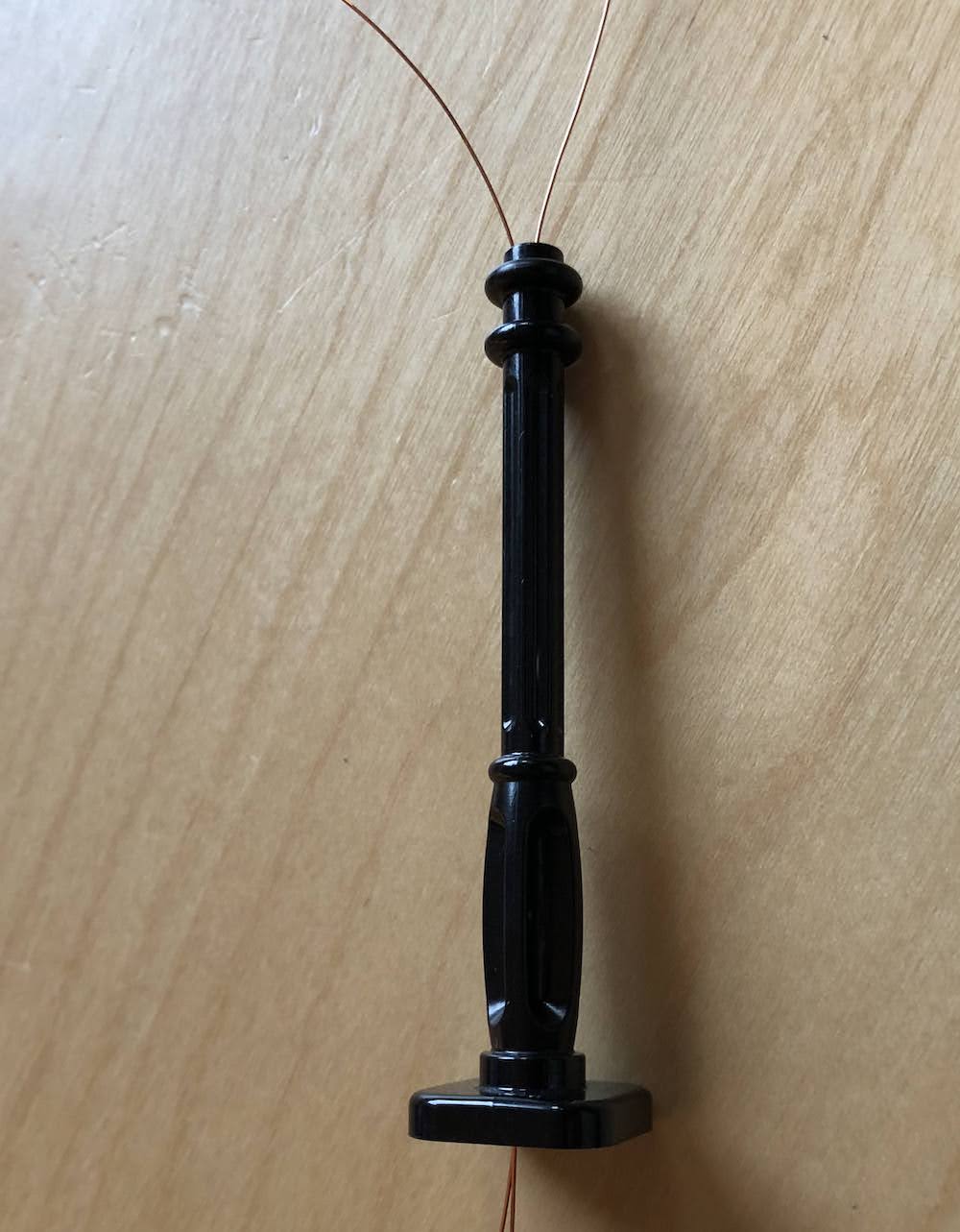 The next step was soldering an LED to the wires. 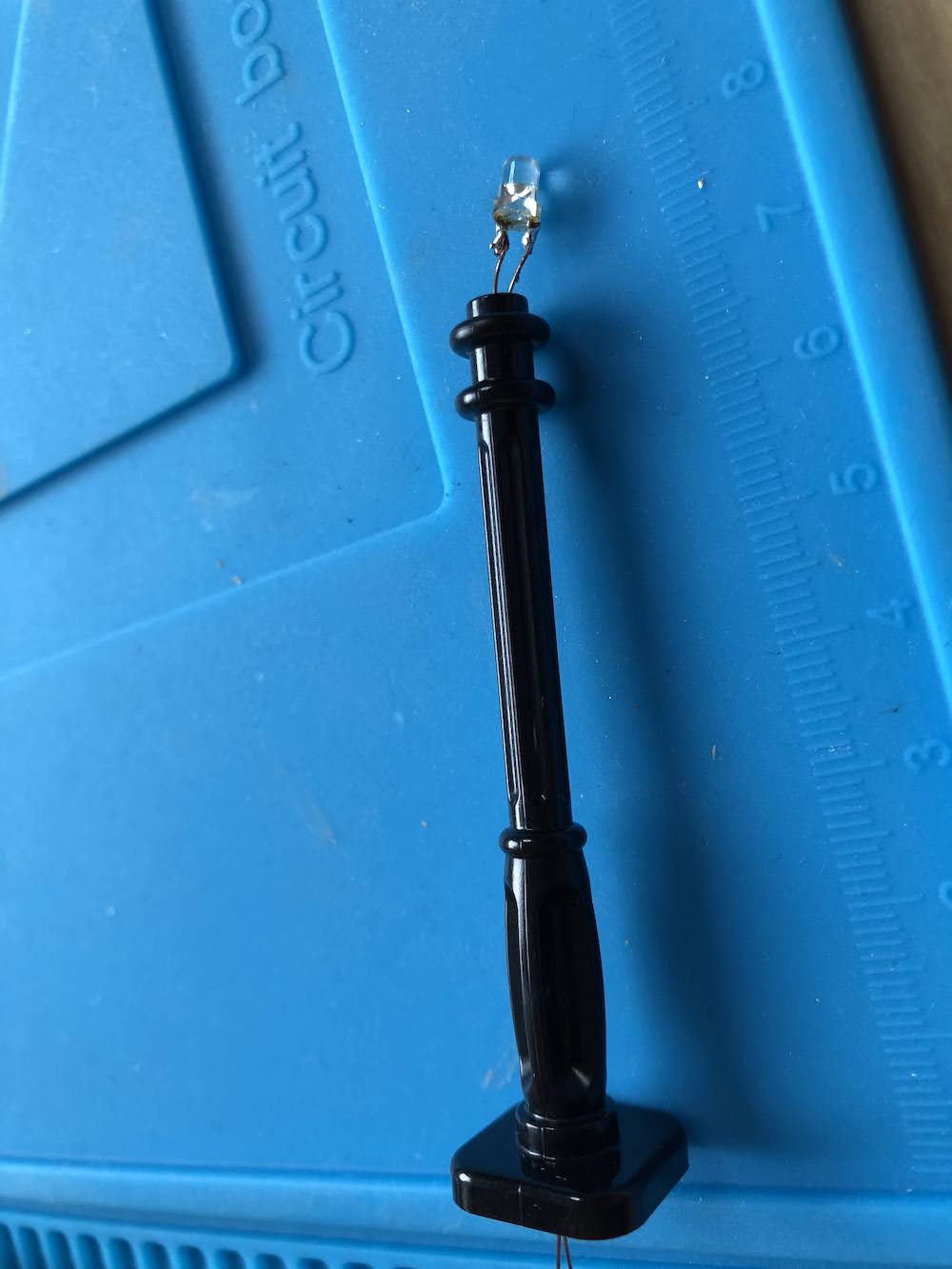 Putting the street lamp back together and the illumination mod is almost done. 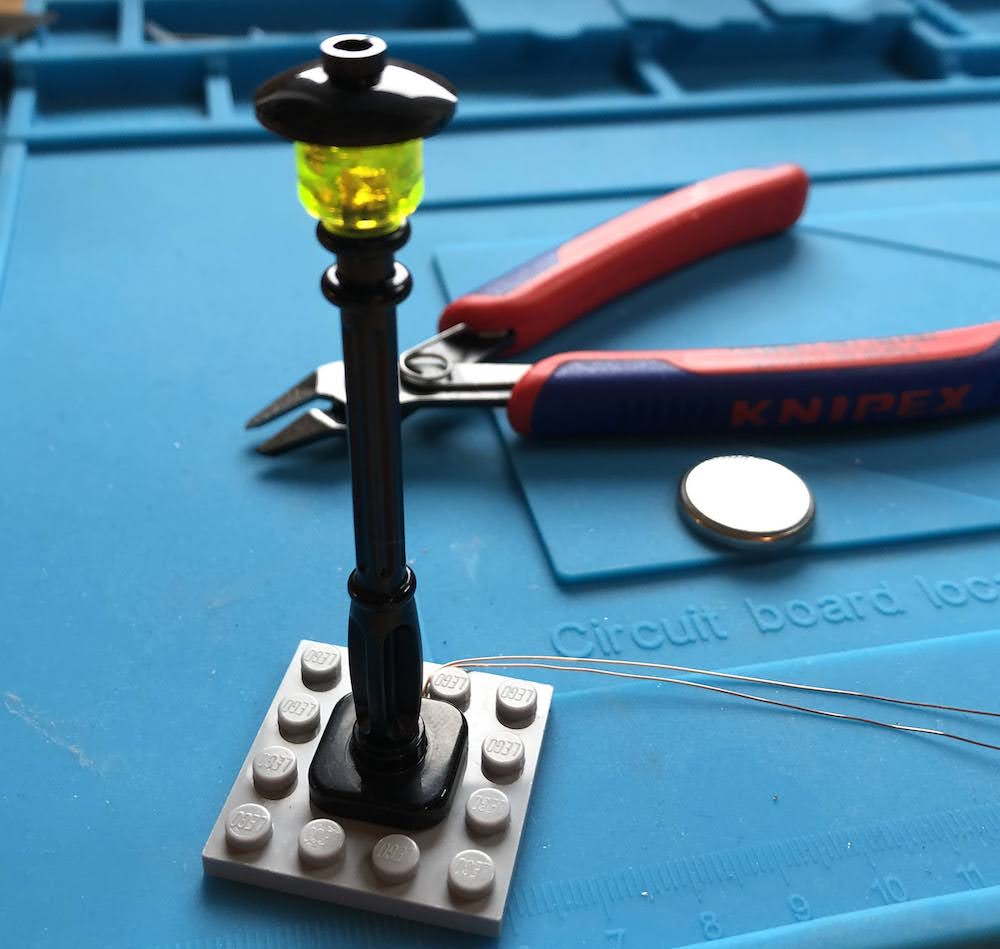 I then soldered a battery holder for a CR2032 3V battery and an on/off switch to the other end of the wire.

And that's all there was to do. This picture still shows the copper wires coming out from the basis of the lamp post, but by drilling another hole in the base plate or just by covering the wire with other LEGO plates, this mod becomes nearly invisible. 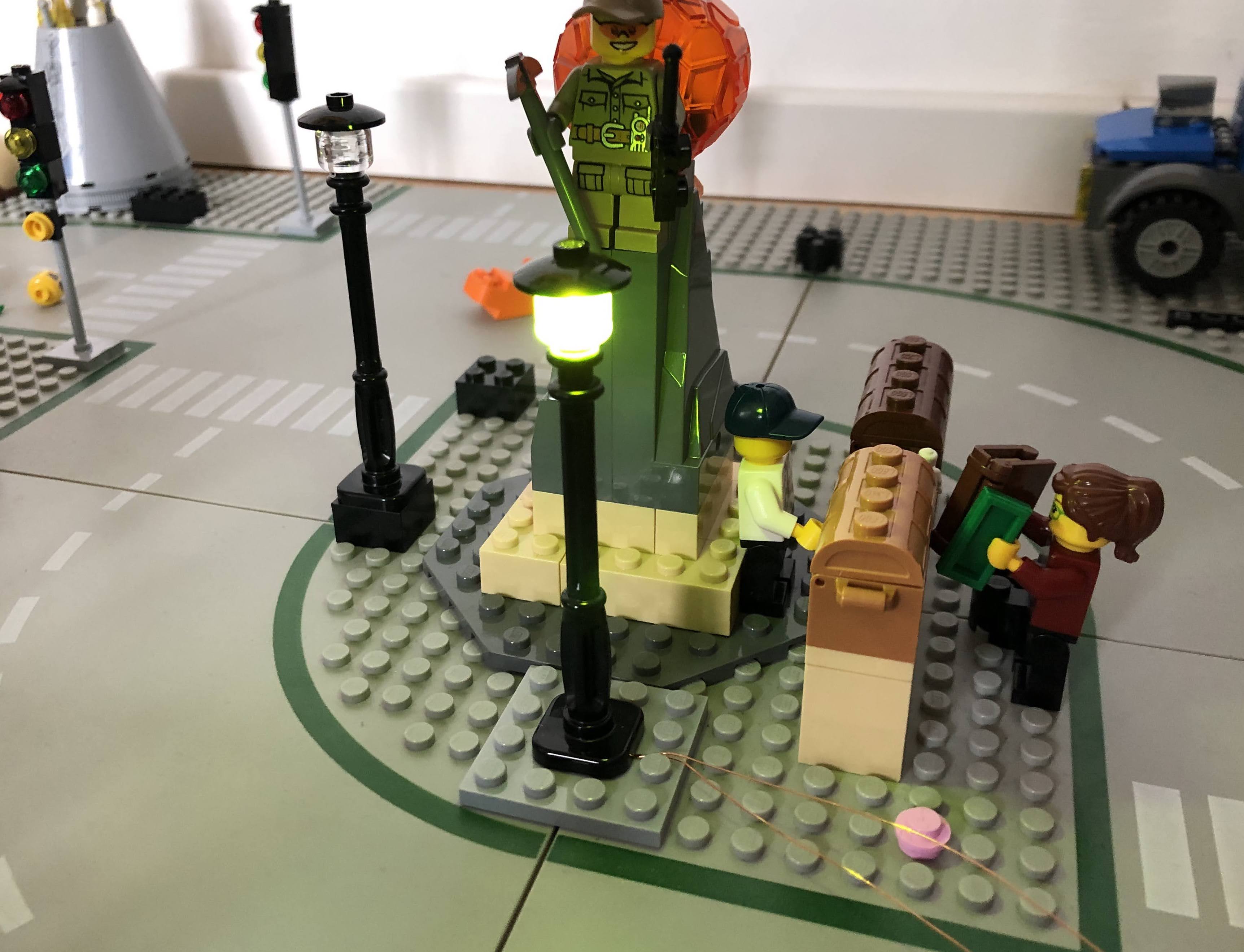