Today was the first time that I actually managed to solve a real world problem with 3D printing. Of course, I have printed lots of useful stuff so far, e.g.:

But the emphasis is on useful (again: depending on one's point of view) and I hadn't fixed an actual problem yet. Well ... yet

"A 3D printer is a toy which in turn produces further toys."
-Stefanie Ziegler

If you have a box full of cables you probably have one (or probably many) of these: 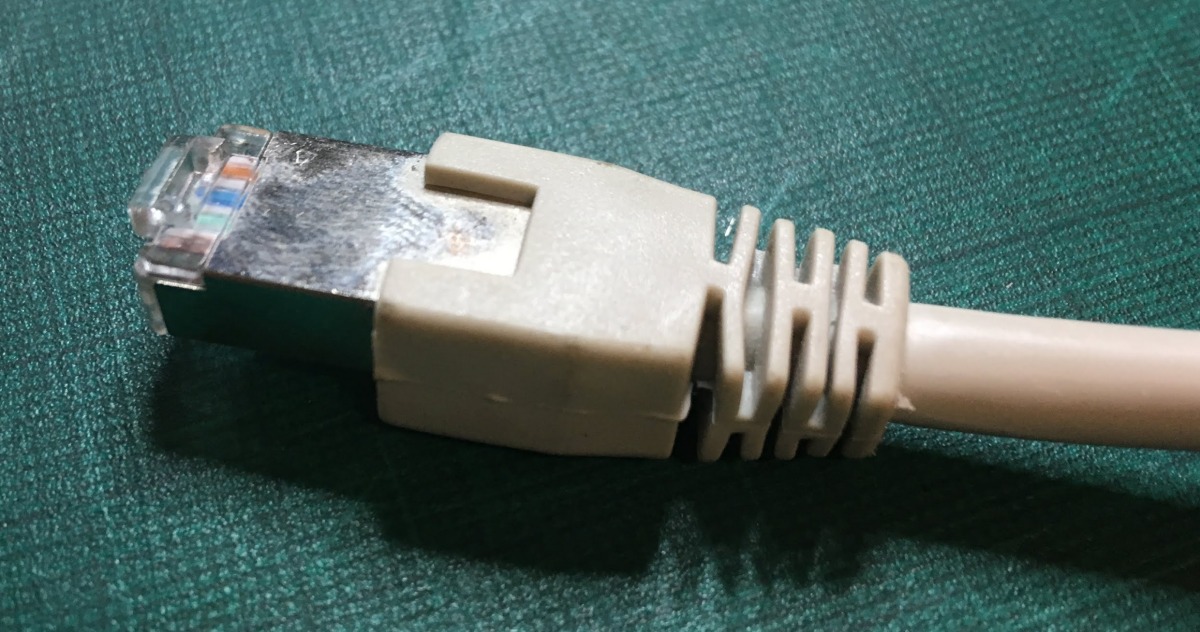 Since I am physically incapable of throwing electronic equipment of any form into the trash, I regularly end up using these cables when I am e.g. setting up a Raspberry Pi or sorts. And I don't now how many times did I try to hunt down alleged network issues when in fact the issue was a loose cable, that had slipped out of its socket because of a broken clip.

3D Printing to the rescue!
Like almost every object I have 3D printed so far, I found this one on Thingiverse. 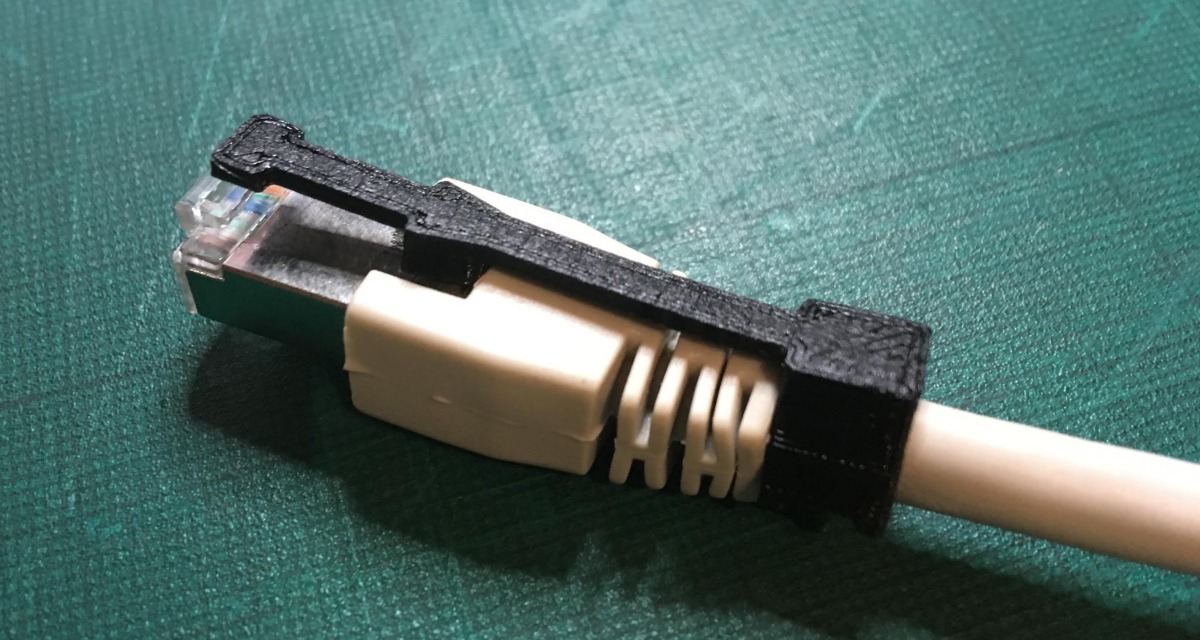 It is a thing of beauty and the perfect solution for this problem. So, I couldn't be happier right now since:

Apparently not everyone perceives broken ethernet cable clips as the kind of existence-threatening problem that I do, so my wife mostly stands with her original verdict on 3D printing ;-)