A while ago I blogged about how I was using an Arduino to control an RGB LED strip. This LED strip is taped to the back of my TV cupboard and serves as an ambient light source when watching TV. Therefore my main goal was not having to control this LED strip manually, but to automatically detect whether the TV was on and turn on the LEDs in that case.

Well, I could have tried and hosted the full web application on the Arduino, but I found this approach way to cumbersome for a couple of reasons:

Therefore, the logical solution was to host the often-changing software on my RaspberryPi (which is running anyway) where it is easy to update and debug. The Arduino however is locked away in the TV cupboard running its simple and meanwhile stable sketch that is just receiving RGB commands.

So how did the web application change from manual to automated color switching operation?

The whole code for this algorithm can be found in the file xbox.js in the LedStrip GitHub project.

I also added a diagnostic page to the web application that gives some clue about the current state of this algorithm: 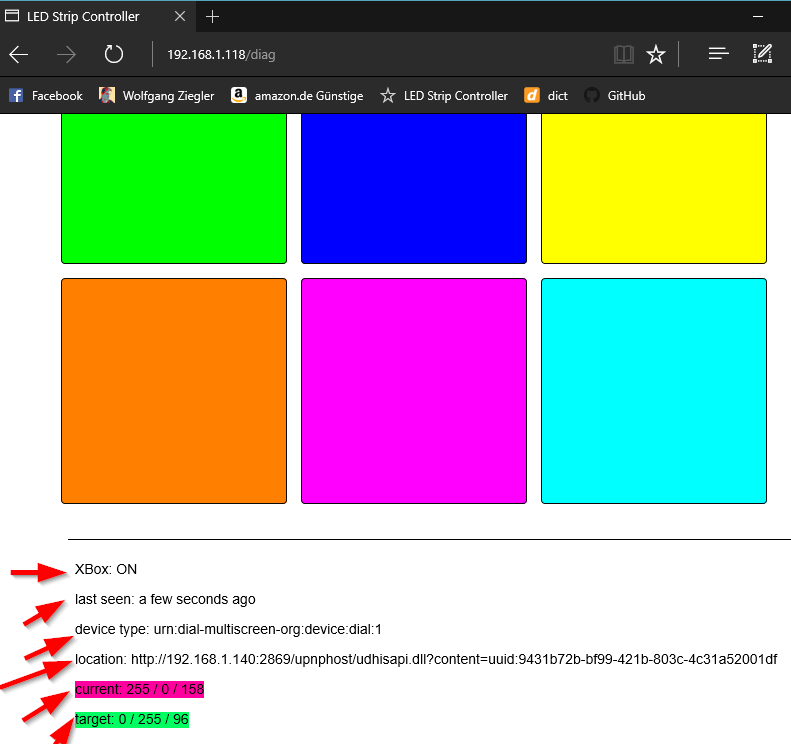 From this example diagnostics page I could get following information:

With the software working nice and smooth now, I figured that the Arduino hardware (which was basically just the breadboard prototype) also deserved an upgrade and soldered the components to a circuit board.

I have to say I am really happy with the results. 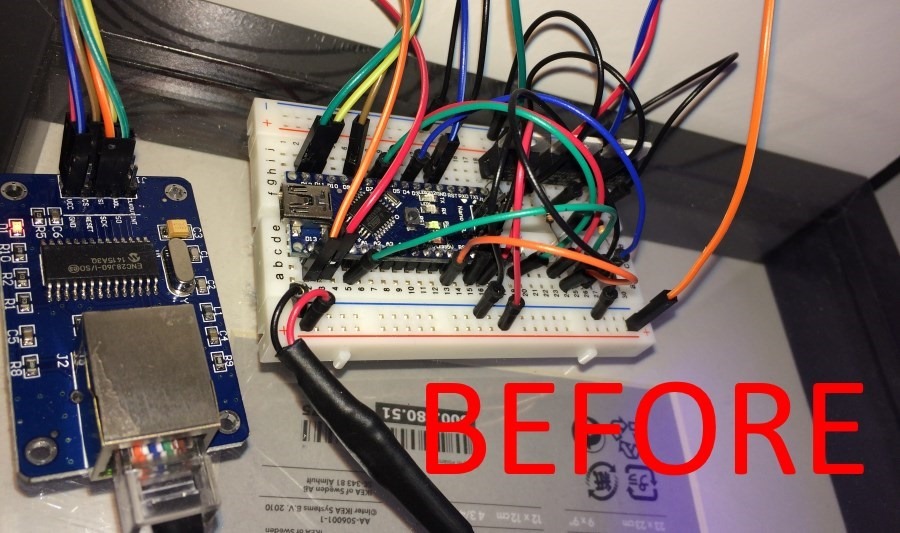 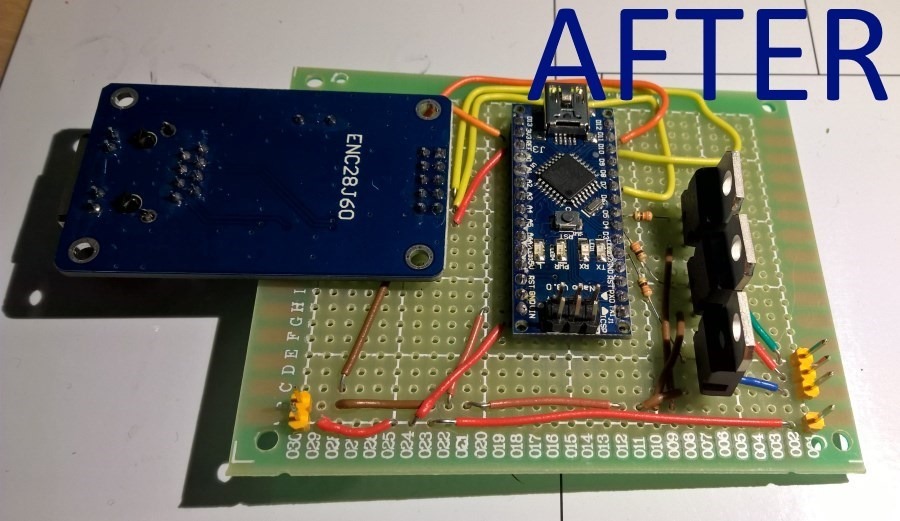 Now, I will give this setup another test run watching Netflix or play some Halo 5…

It turns out that by using individually addressable WS2813 LEDs, this project can be realized even easier. I found this cheap but great WS2813 LED strip at seeedstudio.com and updated this project to using those.