Disclaimer: I am not involved with AfterShokz (the maker of these headphones) in any way, but I strongly believe in giving kudos when it's due - and I just love this product! So here we go.

Roughly two years ago I bought my first pair of bone conduction headphones and blogged about my impressions and initial experiences with those. I am not going to reiterate here what I wrote back then, but I must say that all the positive aspects completely outweigh the things I did no like initially. I probably never want to do without this kind of gadget again and here is why:

Nothing really ... the main reason I am writing this follow-up post is that I really, really like bone conduction technology and it has worked incredibly well for me ... and also this happened: 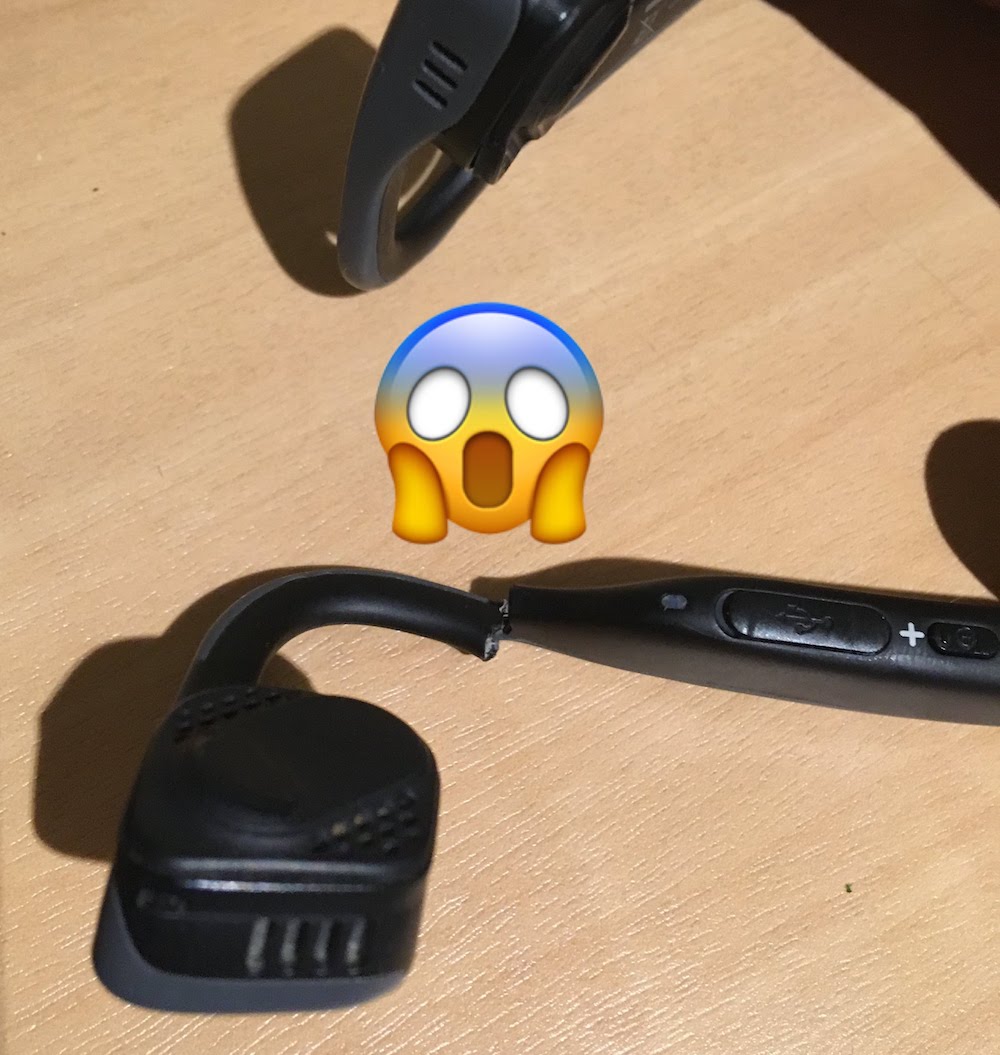 Unfortunately, one of the headphone's straps broke.

Since these headphones had become an essential piece of technology for me, I had to replace them right away. Today they arrived, so no excuses for missing tomorrow morning's workout. 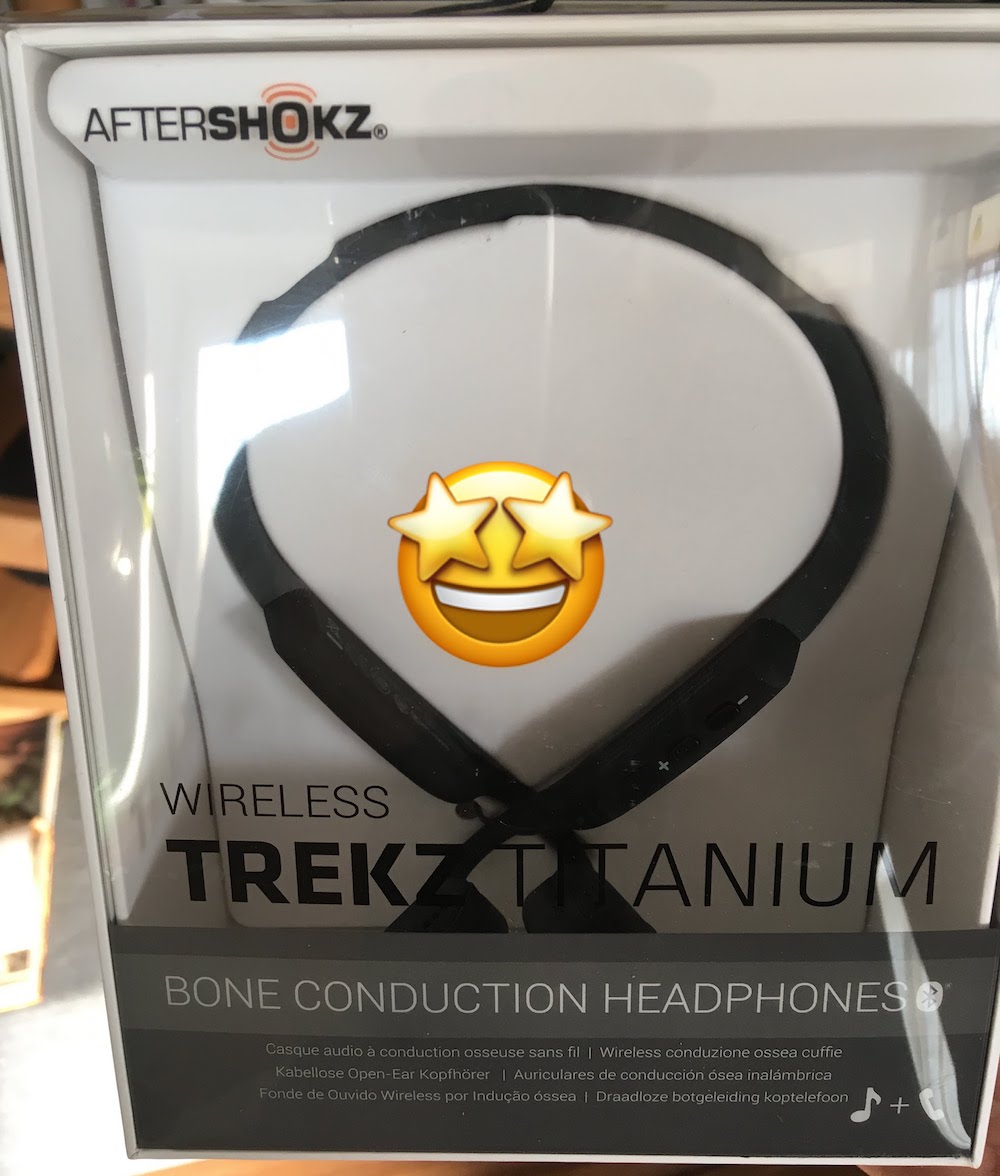 So, if you like listening to music, podcasts, books, ... while exercising, I strongly suggest you give bone conduction technology a chance. Thank me later.